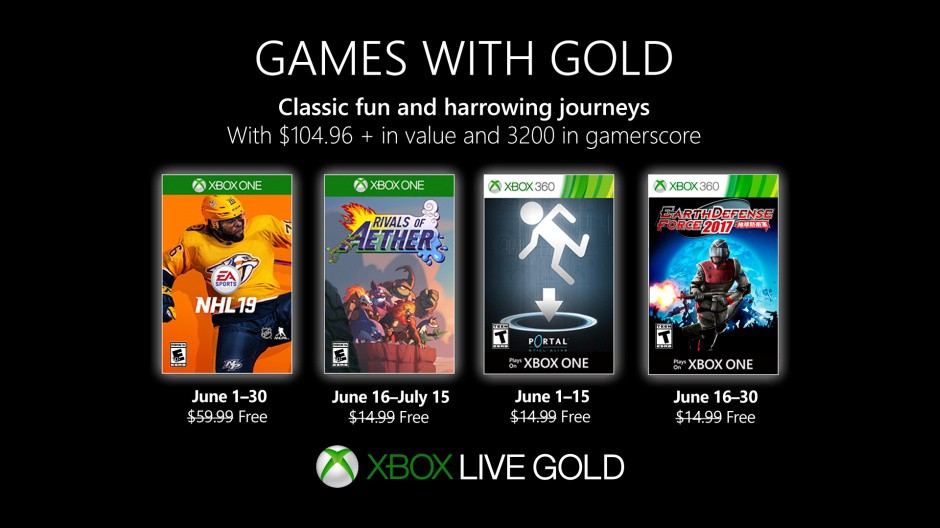 It wouldn’t have taken much for Microsoft to top its Games with Gold offering for May, but it only barely did so with the four free games coming to Xbox Live Gold subscribers next month. The highlight of the selection is NHL 19, which is actually a really solid sports game, and belongs in your library if you like hockey.

Rivals of Aether is the other Xbox One title, and if you’re dying for a platform fighter kid, but don’t have a Switch with which to play Super Smash Bros. Ultimate, this should help tide you over. And if neither of those games piques your interest, you can always just play Portal, which is still one of the best games ever made.

You’ll save about $105 if you pick up all four games, and can add up to 3200 points to your gamerscore. Also, keep in mind that each of the Xbox 360 titles are backward compatible with the Xbox One, so even if you don’t have an Xbox 360 on hand, you can still download all four games listed above. And as always, some of last month’s free games are still available if you hurry, so be sure to download them before they go back to being paid.