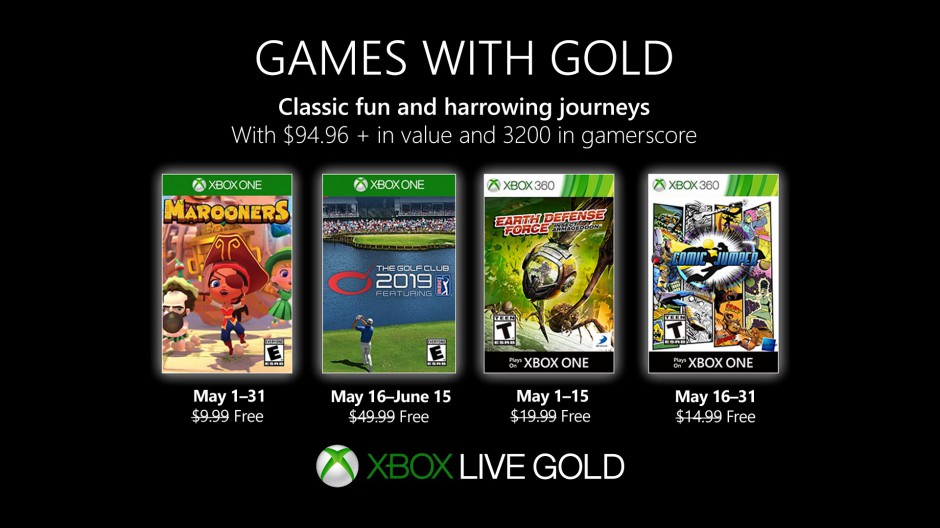 It’s crazy to think that we’re just over a month away from E3 2019, but the video game release schedule has slowed down rather significantly in recent weeks. Sony already started hyping up its next-generation console, and Microsoft will likely have something to say about its own this summer, so, for now, the free Games with Gold are some of the only games we have to look forward to on a consistent basis.

The selection for May isn’t exactly a home run, with a $10 party game as the headliner. That said, as a golf fan, I will absolutely be picking up The Golf Club 2 as soon as it goes free on the 16th.

You’ll save about $95 if you pick up all four games, and can add a bunch of points to your gamerscore. Also, keep in mind that each of the Xbox 360 titles are backward compatible with the Xbox One, so even if you don’t have an Xbox 360 on hand, you can still download all four games listed above. And as always, some of last month’s free games are still available if you hurry, so be sure to download them before they go back to being paid.