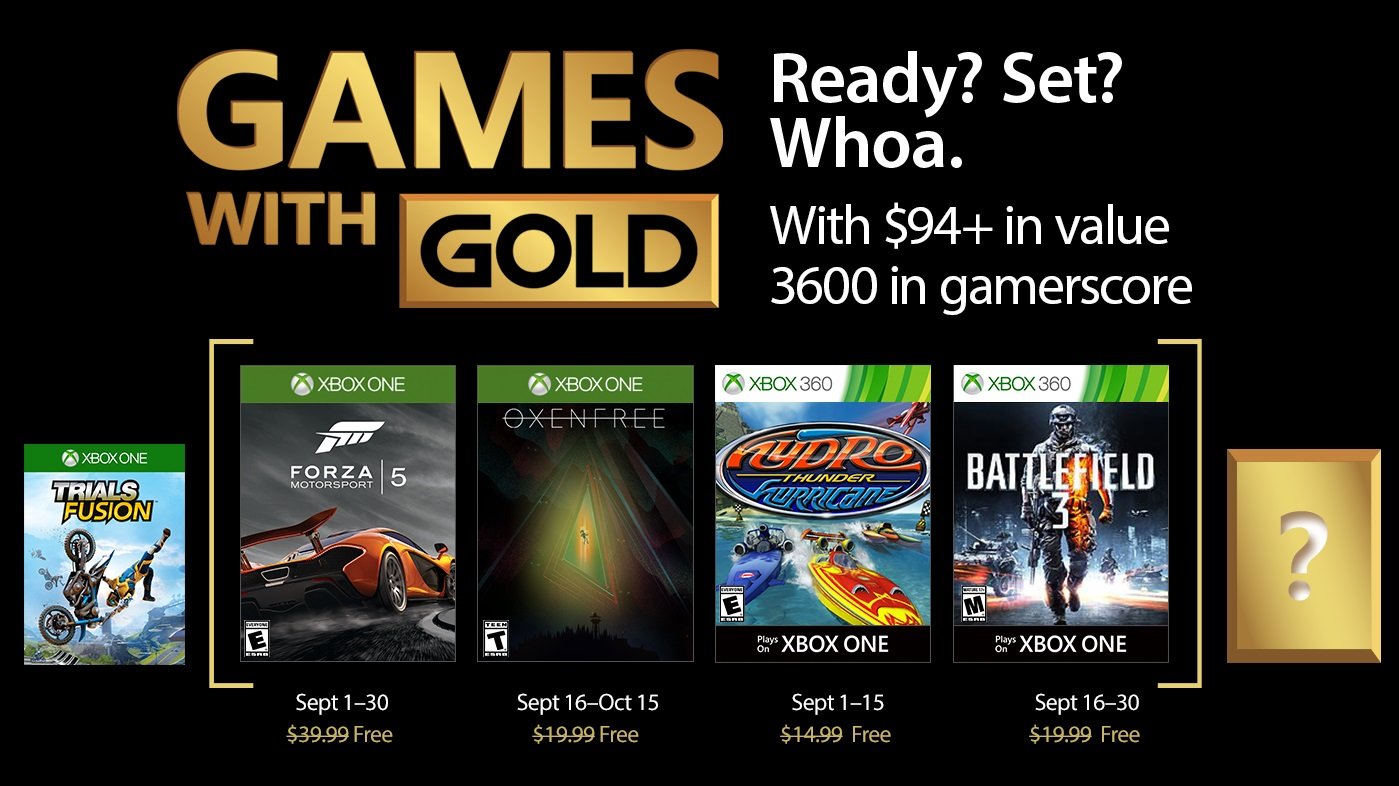 Summer is finally winding down, but when the weather begins to cool, you know you’re that much closer to a busy holiday release season for video games. Madden 18, Mario + Rabbids Kingdom Battle and Destiny 2 are all set to launch in the coming days and weeks, but while we wait, Microsoft is preparing to unleash another collection of free Games with Gold beginning on September 1st.

Next month’s Games with Gold is headlined by the Game of the Year Edition of Forza Motorsport 5. Forza 5 was one of the Xbox One’s launch titles, and while other Forza entries have since surpassed it, it’s still a great racing game. Sidescrolling thriller Oxenfree is the other free Xbox One game, while Hydro Thunder Hurricane and Battlefield 3 will be free on Xbox 360.

Here are the details on the availability of the Xbox One and Xbox 360 Games with Gold for September:

You’ll save almost $100 if you pick up all four games and can add up to 3600 points to your gamerscore. Also, keep in mind that each of the Xbox 360 titles are backward compatible with the Xbox One, so even if you don’t have an Xbox 360 on hand, you can still download all four games listed above.

You can check out footage of all four of September’s free Games with Gold in the video below: