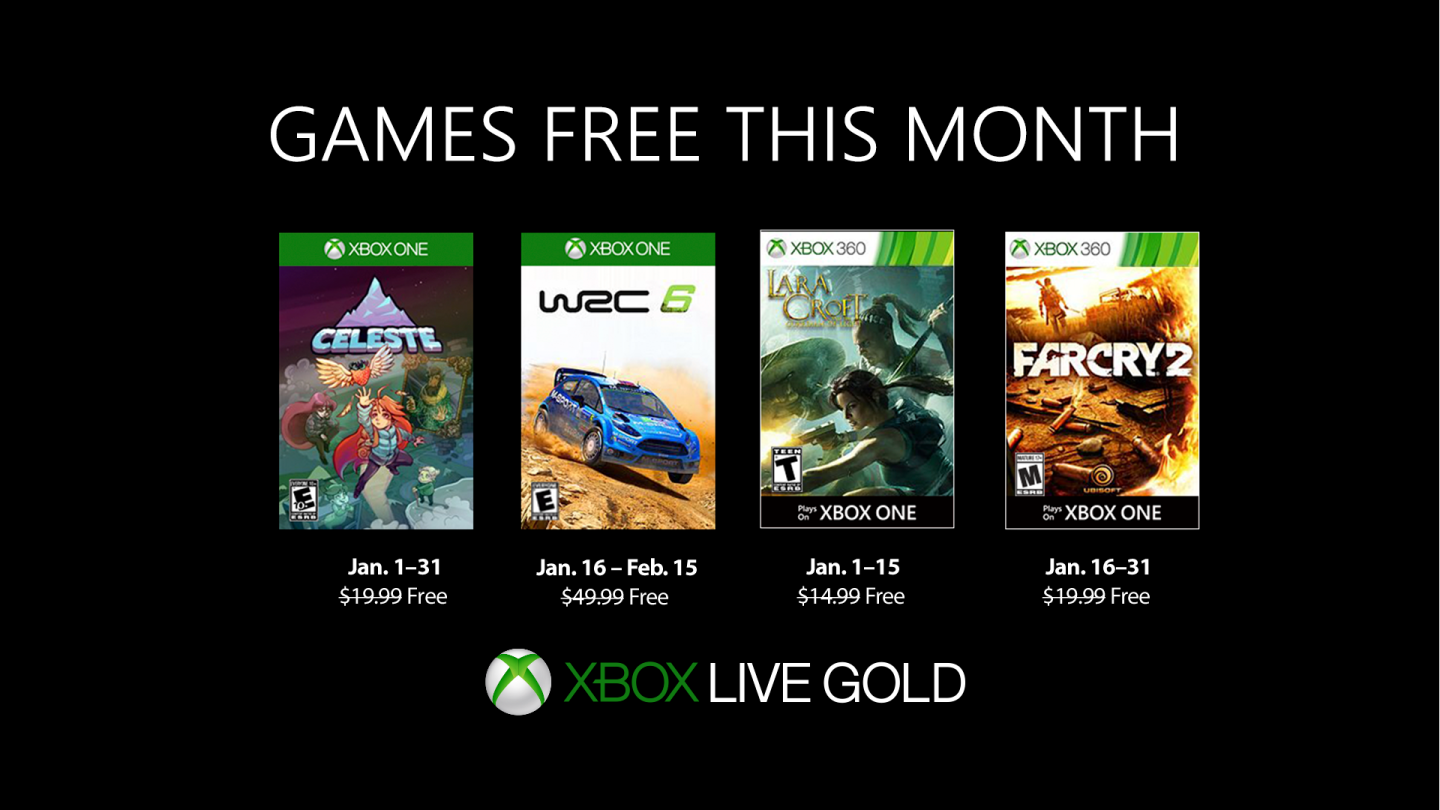 Even if you don’t get all the games you asked for over the holidays, the Xbox Live free Games with Gold will always be there for you. Next month, the selection of free titles is headlined by Celeste, which is one of the best games of the year, and one of the best 2D platformers released this entire generation. It’s a must-play.

World Rally Championship 6 is the other Xbox One title this month, while Lara Croft: Guardian of Light and Far Cry 2 will both be available on Xbox 360 as well as Xbox One via backward compatibility. If you’ve never played Far Cry 2, it is completely different from the open-world craziness of the recent sequels. It might not be for everyone, but it’s totally worth checking out to see just how dramatically the franchise has changed.

Here are the details on the availability of all the Xbox One and Xbox 360 Games with Gold for January:

You’ll save about $105 if you pick up all four games and can add a bunch of points to your gamerscore. Also, keep in mind that each of the Xbox 360 titles are backward compatible with the Xbox One, so even if you don’t have an Xbox 360 on hand, you can still download all four games listed above. And as always, some of last month’s free games are still available if you hurry, so be sure to download them before they go back to being paid.