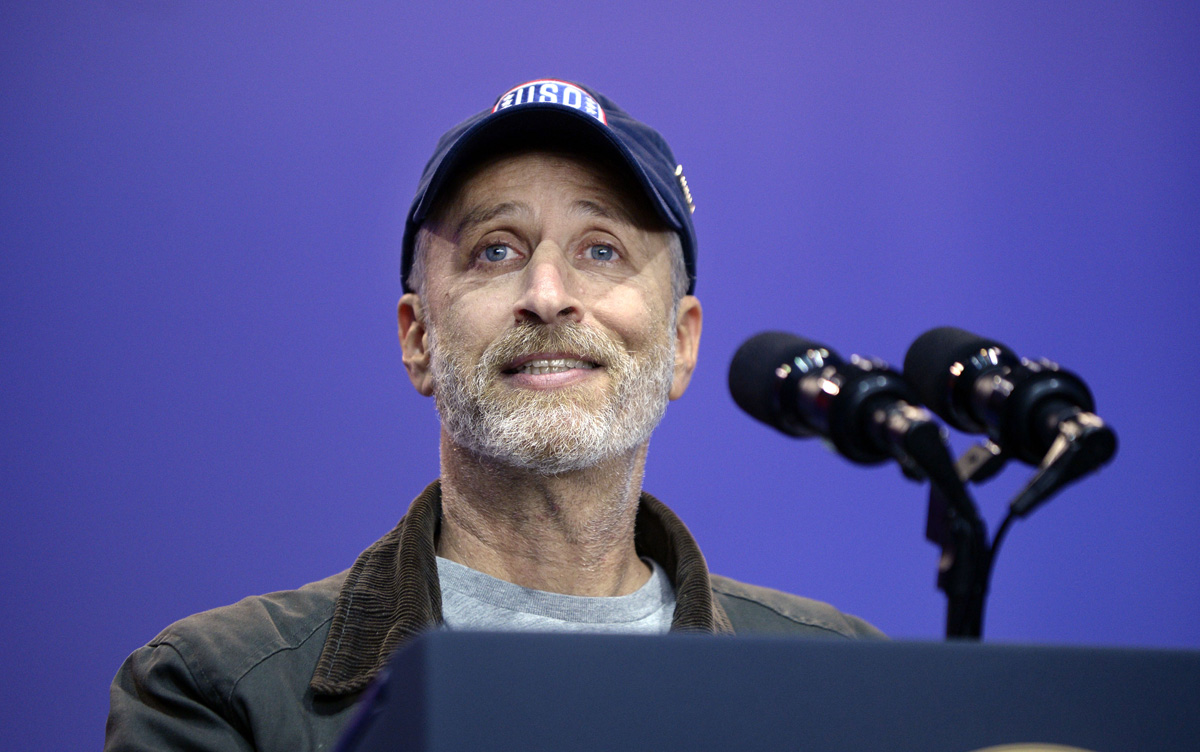 Recent Daily Show alums have been doing very, very well for themselves lately. John Oliver’s Last Week Tonight has been a big hit for HBO, and Full Frontal with Samantha Bee on TBS has been beloved among critics and viewers alike. Sadly, former Daily Show correspondent Larry Wilmore wasn’t able to match the success of his two ex-colleagues and Comedy Central announced on Monday that this would be the last week of his show The Nightly Show.

Wilmore was cancelled after just over a year and a half on air, but his former boss thinks that his show is anything but a failure — and he stopped by The Nightly Show last night to tell him so.

Stewart was obviously greeted with a huge round of applause when he walked out on stage on Thursday during the taping of The Nightly Show’s final episode. Stewart tried to steal a magnum of champagne and run off at first, but instead decided to sit down and chat with Wilmore about his cancellation.

“Your last show?” he began with a sarcastic tone of surprise. “Oh my God, what, did you piss off Peter Thiel?”

The two joked a bit at first but the conversation soon turned serious. “Do not confuse cancellation with failure,” Stewart told his old friend. “You started a conversation that was not on television when you began, and you worked with a group of people who you invited to that conversation to collaborate with you, to sharpen that conversation.”

Stewart continued, “What you don’t realize is that when you walk out of here, that conversation doesn’t end.”

Wilmore was blindsided earlier this week when Comedy Central told him that his show would be cancelled at the end of this week. In an interview with Vulture, Wilmore said that he didn’t even know executives were considering cancelling The Nightly Show. “I was very surprised that we would only have four shows left,” he said. “I thought we would at least be on through the election.”

While Wilmore’s show never managed to secure the kind of ratings enjoyed by The Daily Show when Stewart was the host, it did have a small but loyal following. The clip of Jon Stewart’s appearance on last night’s final episode is embedded below.