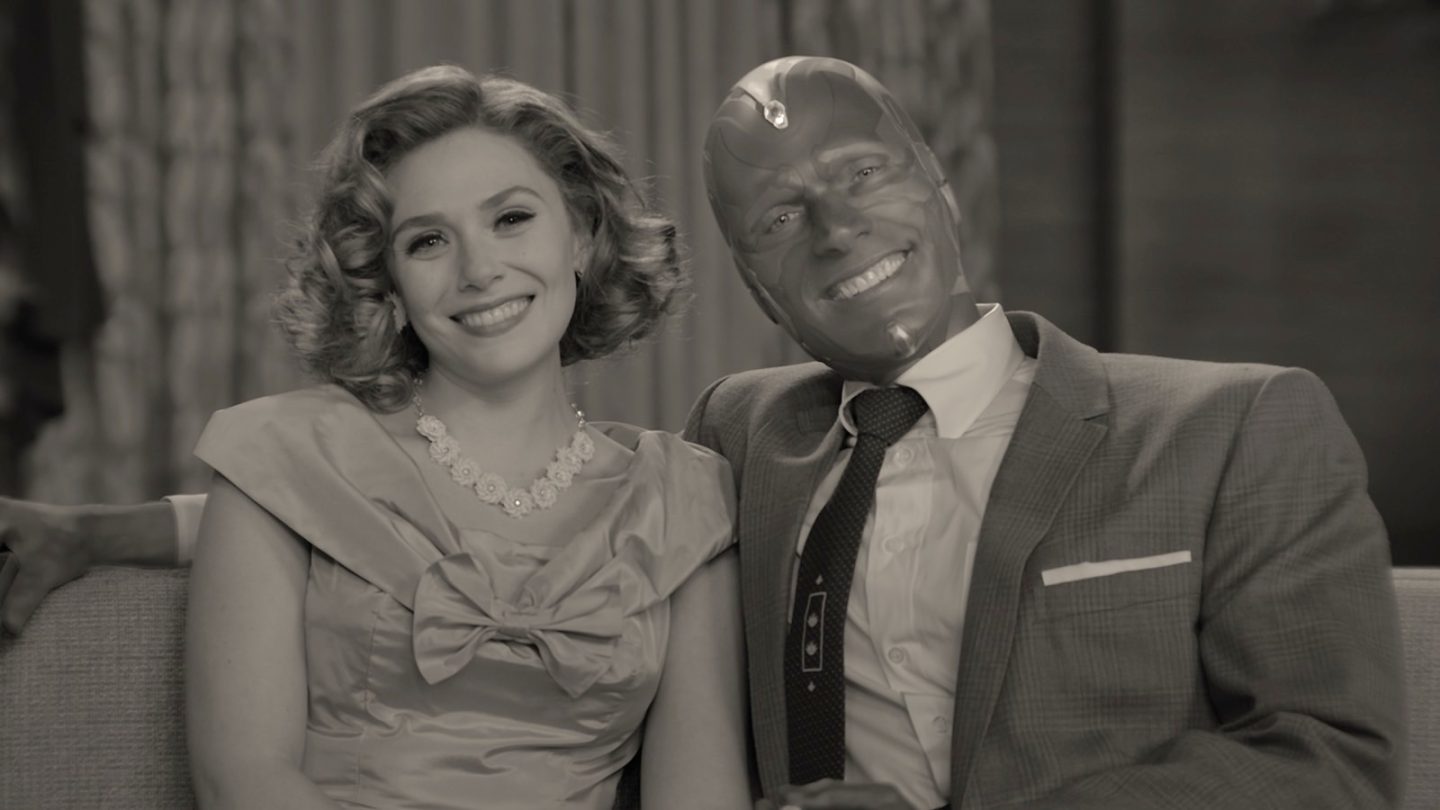 WandaVision premieres this Friday on Disney+ with two episodes. After that, we’ll get seven additional episodes, with one launching each Friday, as was the case with The Mandalorian. In other words, we’ll have to wait quite a while to see how this exciting Marvel story unfolds.

Marvel had to reshuffle its launch calendar in response to the novel coronavirus pandemic, and that’s how WandaVision became the first title of Phase 4, replacing Black Widow. Over the past year, we’ve seen all sorts of exciting rumors detailing WandaVision, giving us an idea of how exciting the show will be. One of the sources behind many of those leaks also teased some of the surprises that fans can expect from WandaVision a few days ago. Before you read any further, you should know that spoilers for WandaVision follow below.

The leaker took to 4chan a few days ago to list details about all of Phase 4 shows currently in the works, saying that he or she happens to know a few “great people” with knowledge of Marvel’s plans.

The leaker says WandaVision will have nine episodes, each running for 40 minutes. Before the 4chan leak, we learned that the show would feature nine episodes instead of six. But after the leak, the WandaVision reviewers who got to see the first three episodes said they were all 30-minutes long. Marvel boss Kevin Feige said later during the official press junket that episodes might vary in length. “[Episodes] can grow or shift or shrink or expand to fit the story you’re telling. Even in those first three, the lengths are somewhat different, and that will continue through the rest of the show,” he said.

According to the leaker, each episode will be split between SWORD stuff outside Wanda’s universe and Westview Wanda.

The series will feature “a lot” of cameos regarding sitcom legends, the leaker said, like Debra Jo Rupp in the first trailer. “A few more” surprise cameos on the scale of Darcy (Kat Dennings) or Jimmy Woo (Randall Park) are also expected. Hulkling reportedly has a small role with SWORD in the series and will set up Young Avengers with Wiccan and Speed. Those two are Wanda (Elizabeth Olsen) and Vision’s kids, who will appear in the show. We know that much from the trailer and teaser TV spots.

Monica Rambeau (Teyonah Parris) supposedly has a prominent role, and she will be getting her powers sometime in the show.

Aaron Taylor Johnson, who played Quicksilver in Avengers: Age of Ultron, will appear in two episodes. He might be dead, but this is Wanda’s universe. After all, Vision is also dead following the events in Infinity War and Endgame. Johnson will be featured in a flashback scene. He’ll be Wanda’s neighbor in a different scene. But Quicksilver remains dead in real life.

Like Quicksilver, Vision (Paul Bettany) will remain dead as well, the leaker said. Vision won’t show up again beyond WandaVision. Bettany did say in a recent interview that he’d love to continue in the MCU.

Bettany also teased this week a surprise character for WandaVision, without saying their name. A few days before Bettany’s interview, the leaker said that Evan Peters would appear in one or two episodes as a big villain. It’s unclear who Peters plays. It might be Mephisto or Nightmare, or a combination of the two. That’s what the word on the street says as well, as this isn’t the first time we hear of Peters appearing in the TV show. Interestingly, Peters played Quicksilver in Fox’s X-Men films that now owns. Those films will never be part of the MCU.

As for the WandaVision plot and action, the leaker said the film has a small dance and magic show number. That’s a peculiar detail to reveal.

Like other MCU rumors, there’s nothing to confirm any of these claims. However, there’s one reason to see if these WandaVision claims come true. The same person listed the purported Avengers 5 release date, the title of Spider-Man 3, and revealed other details about Black Panther 2 and future Avengers cameos and crossovers. The leaker also claimed that Black Widow is heading to Disney+.