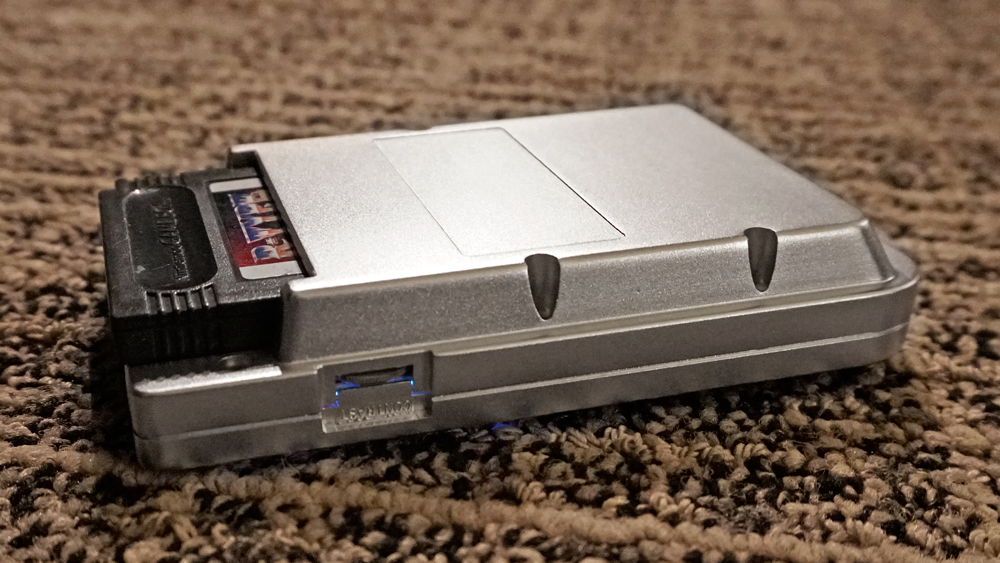 The market for retro gaming hardware has been around for ages, but no one knew quite how massive it could be until Nintendo came out with the NES Classic Edition in 2016. The miniature console sold out immediately, and every time it came back in stock, it was gone as quickly as it had arrived. Nintendo followed it up with the SNES Classic Edition in 2017, and despite having significantly more stock, still managed to sell out at virtually every retailer.

Taking advantage of the wave of enthusiasm for old school hardware, gaming peripheral maker Hyperkin announced at CES 2018 this week that it is working on an updated version of Nintendo’s Game Boy that will actually play original Game Boy games in addition to featuring countless improvements over the original hardware.

Gizmodo was able to get its hands on the device, which Hyperkin is calling the Ultra Game Boy while in development, in Las Vegas at the electronics trade show. According to Gizmodo, Hyperkin’s console is made of aluminum, has the same volume and contrast dials as the original and looks virtually identical to the Game Boy Pocket.

But as familiar as the Ultra Game Boy looks, there are some significant changes. First of all, there’s a third dial that allows you to adjust the backlit LCD display, which wasn’t possible on the first several Game Boy models. If you want an authentic Game Boy experience though, you can turn off the backlight altogether.

Other new features include a built-in battery with a six-hour life span, a USB-C charging port, stereo speakers as well as right and left audio output connections. Of course, classic Game Boy carts only use mono sound, but the updated sound system will allow musicians to more easily use the Ultra Game Boy to create chiptunes.

Hyperkin is planning to launch the Ultra Game Boy (definitely not its final name) before the end of the summer for a price point under $100. Since this console isn’t being made by Nintendo, it obviously won’t have any games built in, but it will play all original Game Boy cartridges and possibly Game Boy Color carts too.