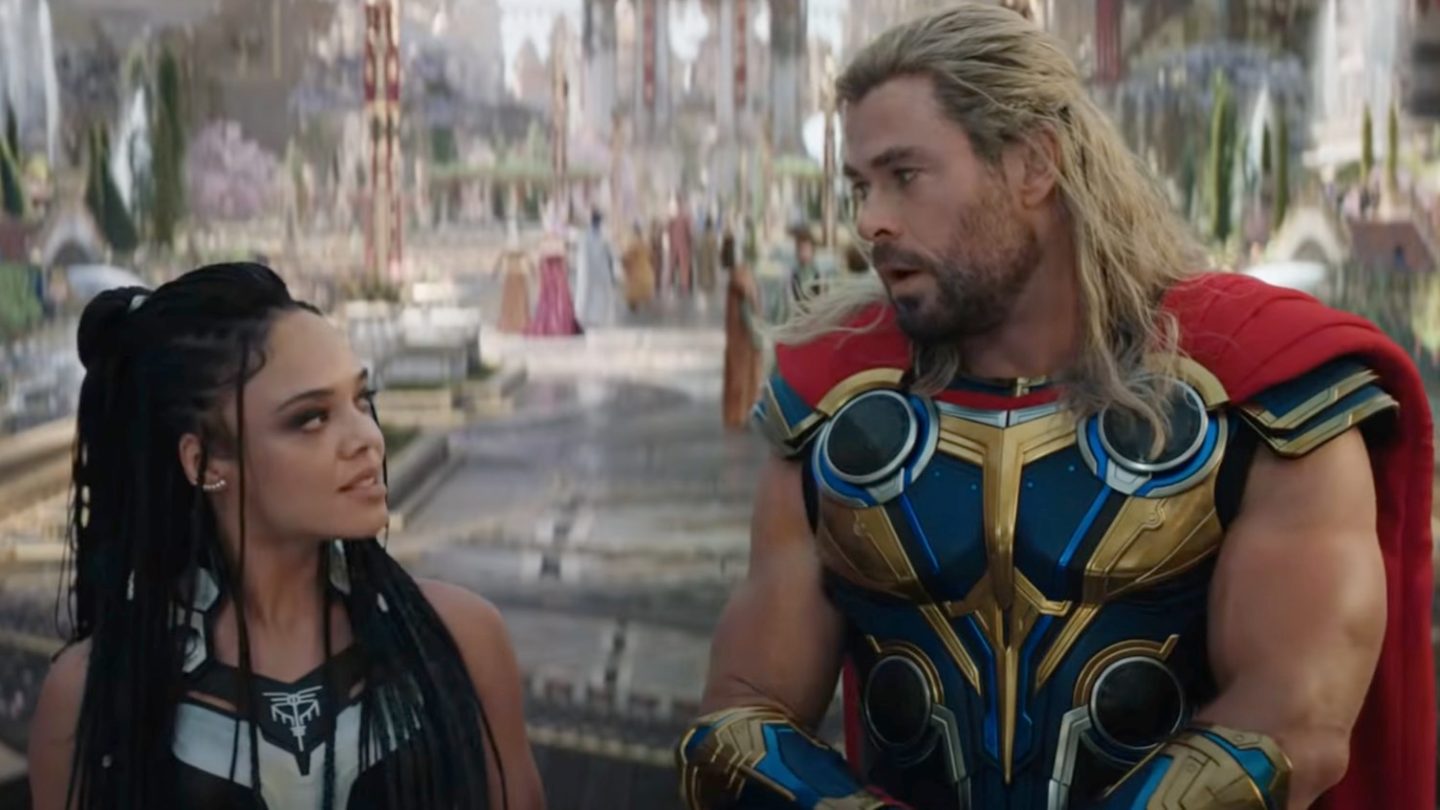 Thor: Love and Thunder is now in theaters, and it’s already made a killing for Marvel. With a $302 million opening weekend, Thor 4 is a massive success, and it is just getting started. But the movie is not perfect, and while it’s certainly better than The Dark World, it’s not quite at the level of Ragnarok. Thor: Love and Thunder also has a massive, Avengers-sized plot hole that’s too big to ignore.

Keep in mind that big Thor 4 spoilers will follow below. If you haven’t seen the movie, you might want to read our spoiler-free review instead.

The Avengers are the big MCU Phase 4 plot hole

After the events of Infinity War and Endgame, the Avengers have become too big for their own good. They’re immensely popular on Earth, and some of them are probably universal celebrities. After all, this band of superheroes defeated Thanos (Josh Brolin), saving trillions of lives that evaporated in the snap. Yet nobody in these movies considers calling for their help.

The Avengers are conspicuously absent from most of the action in various movies and TV shows in Phase 4. That turns them into a big plot hole, and you can’t ignore it once you realize it. Similarly, the absence of the Avengers in Thor: Love and Thunder is a plot hole that somewhat ruins the movie.

The Avengers aren’t omnipresent. Nor are they omnipotent. And these MCU Phase 4 stories should be standalone adventures focusing on the matter and the hero at hand. But given the massive popularity of the Avengers and their desire to continue to intervene, you’ll notice when they don’t show up. Or when Marvel doesn’t explain their absence.

Also, hiring Avengers actors for short cameos might not be in Marvel’s best interest. But Kevin Feige & Co. should find plausible explanations why the Avengers can’t or shouldn’t intervene.

So far, Spider-Man: No Way Home is one example where the Avengers aren’t a plot hole. The action happens over a few days, and Doctor Strange (Benedict Cumberbatch) is already there. By the time anyone else could have intervened, the Spider-Men had dealt with the matter.

Similarly, the Avengers show up in Shang-Chi and Doctor Strange 2. It’s usually Wong (Benedict Wong) that shows up to deal with the issues, although Shang-Chi also gave us Bruce Banner (Mark Ruffalo) and Captain Marvel (Brie Larson).

Why didn’t Thor seek out the Avengers in Love and Thunder?

In Love and Thunder, the Avengers plot hole couldn’t be more obvious. Thor (Chris Hemsworth) sets out to defeat Gorr the God Butcher (Christian Bale) after learning how dangerous he is. And Thor wants to raise an army to defeat him. He visits Zeus (Russell Crowe), hoping to get his help.

He’s not successful, and he eventually ends up fighting Gorr in the final battle with a bunch of scared Asgardian children before Jane (Natalie Portman) shows up. But that’s only after having fought Gorr and lost against him. Valkyrie (Tessa Thompson) was severely injured, and Korg (Taika Waititi) almost died. Moreover, Thor discovered how much Mjolnir is hurting Jane in her battle to fight cancer.

But at no point in all of this did Thor try to reach some of the other Avengers. And that’s a big plot hole for Love and Thunder. Not even Valkyrie considered assembling Avengers on Earth while she was recovering. Jane is just as passive, even though Thor might die.

Again, the Avengers are the team that beat Thanos. The universe’s gods didn’t do it. And Love and Thunder shows that the gods are not always well-intentioned. Or powerful.

Thor might have thought that the Avengers would not be a match for the Gods. But the script never gave us that explanation. While some of the Earth’s mightiest heroes might not have been able to challenge Gorr, there are a few that stand out.

The easy fix for Love and Thunder Avengers plot hole

Of the remaining Avengers, Doctor Strange and his magic could have come in handy. And Wong is the planet’s Sorcerer Supreme. Then there’s Hulk and Captain Marvel, two of the most formidable Avengers out there. Wanda Maximoff (Elizabeth Olsen) gets a pass for this one, considering what she’s dealing with in Doctor Strange and WandaVision.

Then we have the Guardians of the Galaxy, which left Thor to deal with similar Gorr on his own.

Finally, we have Moon Knight (Oscar Isaac), who has yet to interact with the Avengers. You’d think this particular hero would have a thing or two to say when he hears that a God Butcher has kidnapped the children of New Asgard. And, as we’ve seen in Phase 4 so far, news travels fast. People on Earth would have immediately known about Gorr’s attack.

Like I said before, Marvel needs some sort of Avengers stand-in. A Nick Fury-like (Samuel L. Jackson) persona. An organization that might appear from time to time in these movies and TV shows to inform the audience that the Avengers are aware of the new threat. A few seconds of dialogue here and there might be enough to explain plot holes away.

For Thor: Love and Thunder, it’s even simpler. We could have Thor tell Valkyrie and Jane that they’re dealing with space magic, that’s well beyond the pay grade of regular Avengers. It would have been the wrong assessment, but it would have been a great Endgame Easter egg. And it would have instantly fixed the Avengers plot hole.