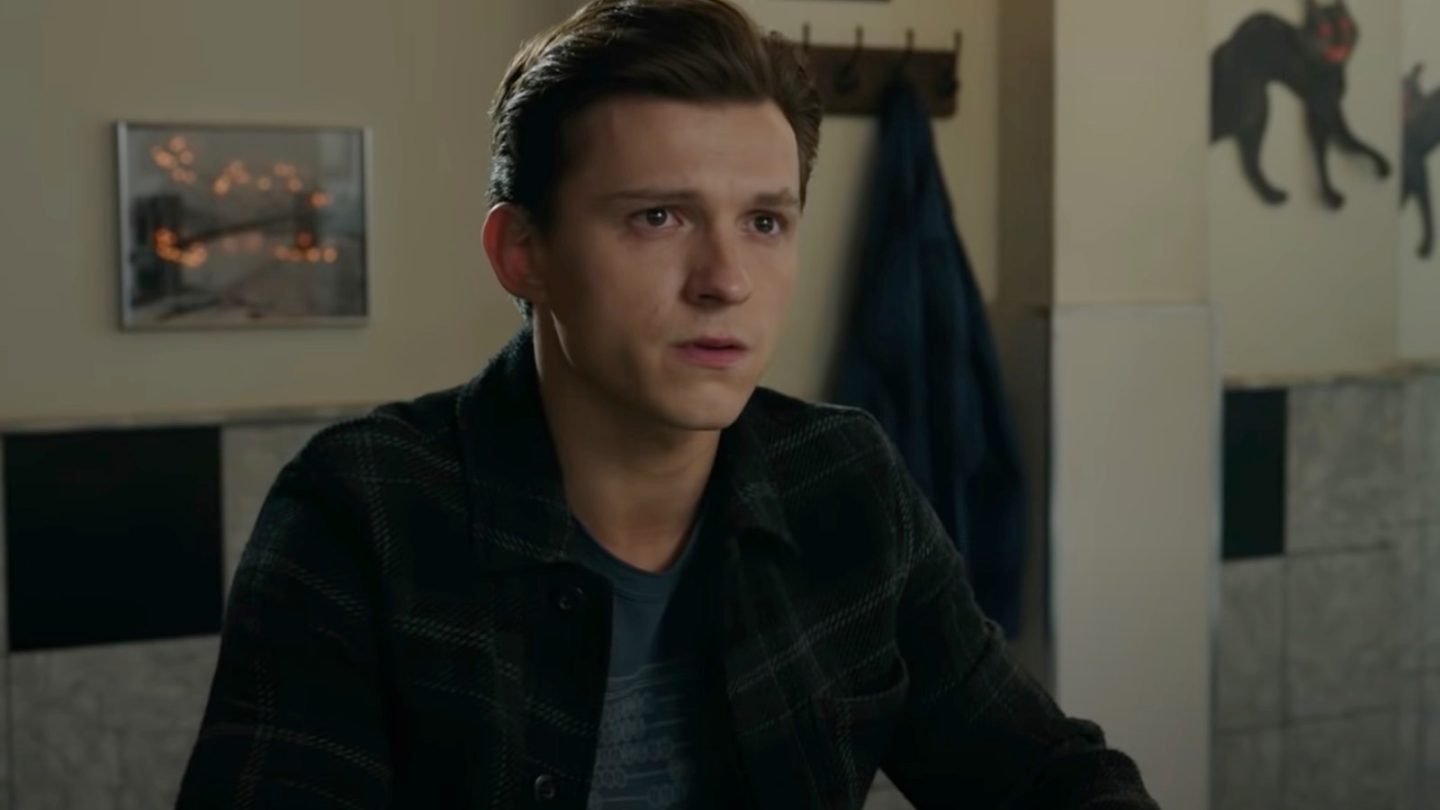 The avalanche of Spider-Man: No Way Home leaks continue in what’s probably the best and worst thing that could ever happen for Sony and Marvel’s upcoming MCU movie. The film’s biggest plot detail leaked months ago, and the closer we get to the release date, the bigger the leaks are. Everybody knows that Tobey Maguire and Andrew Garfield are in the movie, and the denials are hilarious. Telling someone the former Spider-Men are about to join Tom Holland in the MCU isn’t even a real spoiler. And it won’t ruin anyone’s experience in theaters either. But we have been getting major plot leaks in the past few days, which we’re treating as massive spoilers. These can and will spoil No Way Home for you. Now, yet another example is the new leak detailing the Spider-Men and villain costumes we’re about to see.

All these leaks probably sell more tickets for No Way Home than the official marketing campaign ever will. Sony and Marvel have been riding on the wave on constant Spider-Man speculation for months now, without releasing any promo materials for the film. We don’t even have a poster for No Way Home, with less than two months to go until that December 17th premiere date.

Just this week, we witnessed another round of massive No Way Home leaks, just as Empire’s December issue came out. The magazine provided plenty of exclusive No Way Home images and interviews with the cast and crew. Importantly, Empire wasn’t able to confirm that the other Spider-Men are in No Way Home. But the leaks took care of that.

We learned the No Way Home ending after Redditors used a recent leak to comb through older rumors dating back to mid-summer. We think we know how the movie ends, who dies, and who will appear in one of the post-credits scenes. The same leak collections revealed how the three Spider-Men would meet for the first time. It’s Ned (Jacob Batalon) that somehow gets the three Peter Parker variants to meet. And Ned will somehow open portals using a Sling Ring that Holland’s Peter swipes from Doctor Strange (Benedict Cumberbatch).

Separately, unreleased No Way Home footage leaked explaining why Holland will have a black-and-gold suit.

Why the Spider-Men suits are important

We learned earlier this summer that we’d see several costumes in No Way Home. We assumed at the time that the audience would need to identify the three Spider-Men with ease. That can be challenging when they all appear in the same scene, all wearing their masks. On the other hand, we know from Empire there will be scenes where at least one Spider-Man variant will not wear his mask.

Therefore, it’s not just curiosity that drives fans. There’s also a practical aspect of the matter. You’ll want to know what each Spider-Man variant does in those fast-paced action sequences we’re bound to see in No Way Home.

The mods of the Marvel Studios Spoilers subreddit have obtained costume descriptions for Maguire and Garfield’s Spider-Men. After all, we already know what Holland will look like as Spider-Man.

Maguire and Garfield’s costumes will not see big changes, the mods revealed, as follows below.

Tobey’s costume is basically the same as it was in the original trilogy. We were able to see it being worn, as well as hanging next to Tom and Andrew’s suits. The colors look a bit more vibrant, but it could just be the lighting.

Andrew’s costume is basically the same as it was in The Amazing Spider-Man 2. We were only able to see it hanging next to the other suits, but we can confirm it matches the costume in the leaked video of Andrew.

Most leaks say that Green Goblin will be the big antagonist in No Way Home, leading the other villains against the Spider-Men. Leaks also showed Willem Dafoe playing the villain, but he wasn’t wearing the costume in those leaked scenes. Fans have been wondering whether the Green Goblin costume will get any changes. That’s because all the villains will have slightly updated suits, according to the leaks.

The Reddit mods have an answer for that, and it turns out the Green Goblin will get bigger changes than the Spider-Men:

Green Goblin’s costume is the Raimi suit with an updated design. It’s somewhat damaged and patchy, and a few minor adjustments have been made. It includes addons like a comic accurate tan colored shoulder strap and belt (with a bomb bag), some gold colored accessories on his legs, and some scattered purple accessories like a cloth wrapped around his arm. Metallic exoskeleton looking parts fill in some of the damaged parts, and the thighs. The costume is still almost entirely green. It’s still very clearly the Raimi suit from 2002, just with addons. No mask is being worn in the image, just black goggles (like Doc Ock’s in Spider-Man 2). We also know he’ll have a purple scarf/hood at some point thanks to previous leaks.

No Way Home premiers on December 17. We’ll hopefully see the Spider-Men together in the next trailer before then.