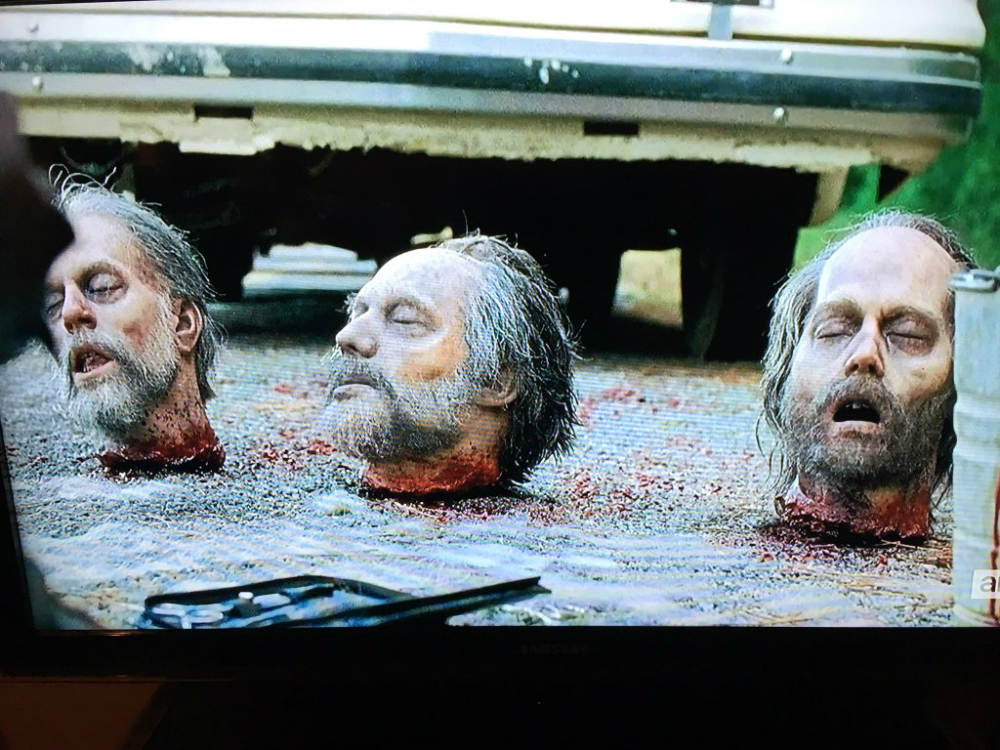 I was too busy taking in everything that was happening in the last episode of The Walking Dead to notice Johnny Depp. But the famous actor was there… well, sort of. And he didn’t have any lines.

Without spoiling Not Tomorrow Yet for you – check out our review of episode 12 for that – I can tell you that at some point in the episode, Rick and the gang are looking at three severed heads and one of them was sculpted after Jonny Depp. Entertainment Weekly learned about this ghoulish little Easter egg from Walking Dead’s executive producer and director Greg Nicotero.

“One of the other heads, I don’t know if I’m going to get in trouble if I say this, was Johnny Depp,” Nicotero said. “I think we had sculpted an emaciated version of a dummy head for something and we used Johnny Depp’s head as a basis just for a clay sculpt. I can’t remember who the third one is, but I’m in good company. Norman kept saying he wanted the heads when we were done shooting. I said we’ve got to wait until the picture is logged. I think one of the funniest moments we’ve shot in the season is when the Savior sticks his hand inside the head and puppeteers it to start talking. I laughed so hard when we shot that scene.”

He also revealed that one of the remaining two heads belongs to him.

So if you haven’t seen Johnny Depp in last night’s Walking Dead episode, don’t feel bad: His severed head was easy to miss amid all the other carnage.