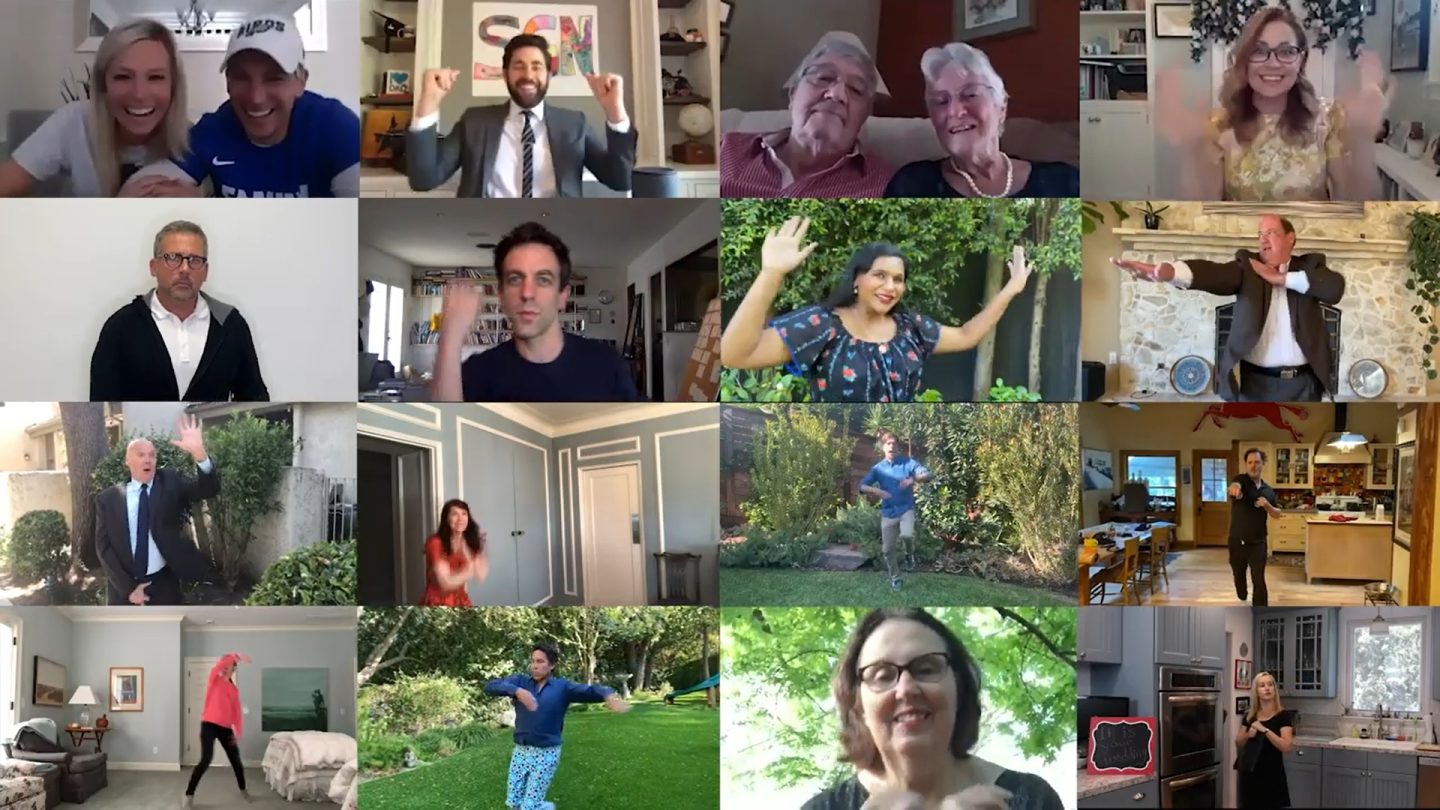 Finding silver linings in the middle of a global health crisis can be difficult. This is one of the most challenging periods that most of us will ever live through, but the good news is that you can keep yourself and the people around you safe simply by staying inside. Of course, even that is easier said than done, but streaming services have made isolation far less daunting than it might have been otherwise. And over the past few weeks, some of the stars of our favorite series to stream have been doing their best to make our quarantines even more entertaining.

At the end of last month, the cast of Parks and Recreation reunited for a reunion special to raise money for COVID-19 relief. The special aired on NBC on April 30th and featured many actors that played big roles in the series, from Amy Poehler, Nick Offerman, and Chris Pratt to Ben Schwartz, Jon Glaser, and even Paul Rudd.

Unfortunately, the cast of The Office has yet to announce a reunion of their own, but they did team up for a very sweet surprise over the weekend in the latest edition of John Krasinski’s YouTube show Some Good News.

In the seventh episode of Krasinski’s show about the lighter side of the news, he invited a newly-engaged couple to join him for what turned out to be an impromptu wedding, complete with their parents, their closest friends, and a live performance from Zac Brown. But the cherry on top came after the two had officially tied the knot (thanks to Krasinski getting ordained as a minister online) as the cast of The Office all appeared on screen at once, dancing to the same song that played when Jim and Pam got married on the show a decade ago (starts at 15:00):

It might not be the Office reunion that fans have been clamoring for ever since the show went off the air in 2013, but it’s a treat to see all of the cast members on the same screen once again after all this time. And they clearly made that couple’s day, if not their whole year. As frightening and confusing and tragic as these past few months have been, it’s been inspiring to see the lengths to which people are willing to go to bring joy to others.

Some Good News The Office