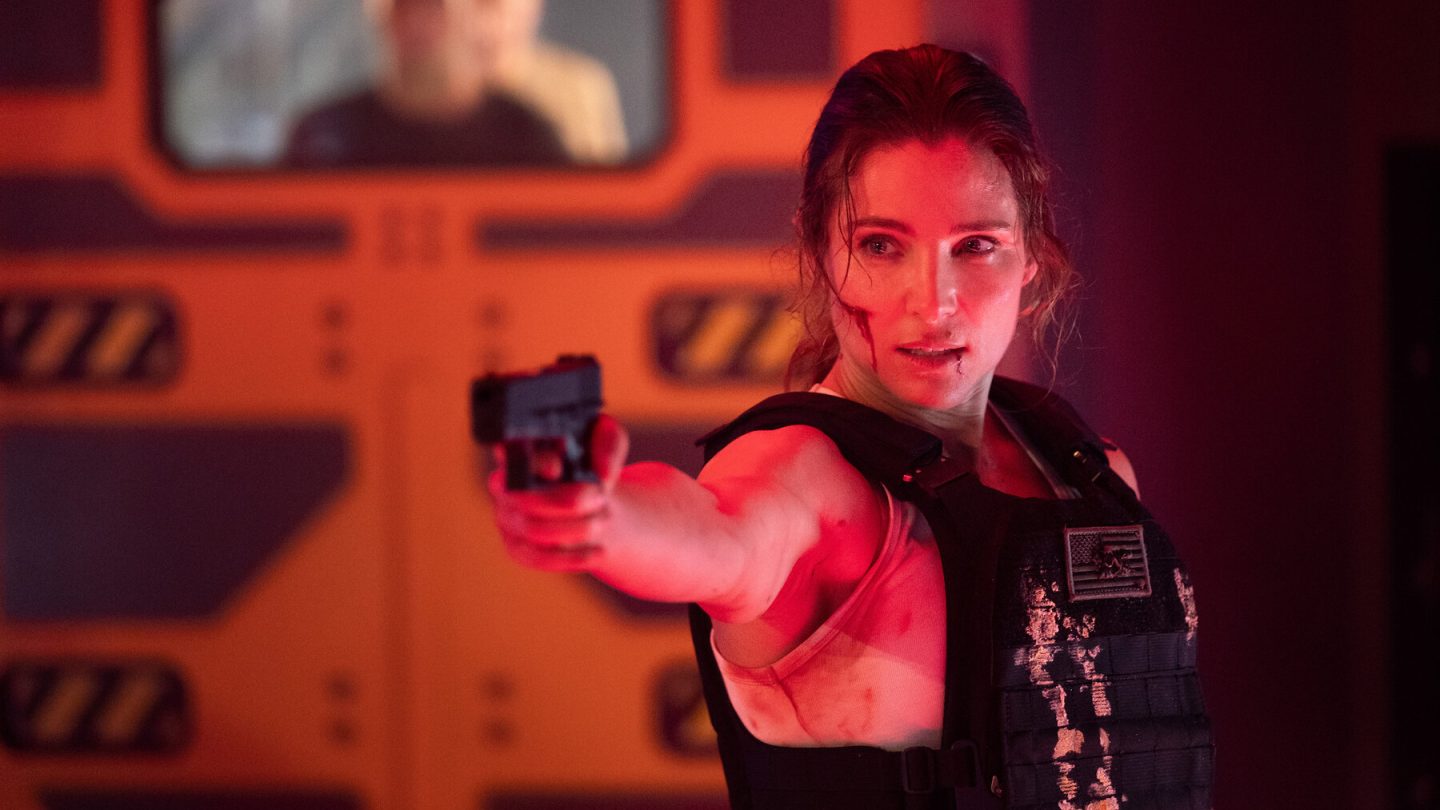 Among the Netflix new releases hitting the streamer this week, the Spanish model and actress perhaps best known to American audiences for her work in the Fast & Furious franchise is starring in a new action-packed Netflix thriller. Elsa Pataky — the wife of Avengers star Chris Hemsworth — plays an Army captain named JJ Collins in the new action-packed movie Interceptor. It debuts on the streaming platform on Friday, June 3, at the end of what looks to be a bit of a light week for new Netflix content.

The title comes from the fact that the action takes place on a nuclear missile interceptor base in the middle of the Pacific Ocean. Pataky’s character gets her job there after she’s drummed out of her dream job (wrongfully) at the Pentagon. “When a simultaneous coordinated attack then threatens the base itself,” Netflix’s summary goes on to note, “‘Collins’ comes face-to-face with the charismatic yet crooked Alexander Kessel (Luke Bracey), a former US military intelligence officer intent on carrying out an unthinkable plan.”

Interceptor will basically entail a race-against-the-clock involving Pataky’s character essentially trying to head off a doomsday scenario. Which will require her to “utilize her years of tactical training and military expertise to determine who she can trust and stop Kessel and his covert mercenaries from completing their twisted and terrible mission.”

Are critics going to rave about this movie? Probably not. It does, however, sound like it will be more in line with the middle-of-the-road feature films that Netflix has churned out with dizzying speed in recent years — many of which, unfortunately, quickly fade away before attracting significant buzz.

Part of the problem, if you ask me, stems from the fact that — in the words of Netflix co-CEO Ted Sarandos, in a new interview he gave to The New York Times — Netflix new releases are trying to more or less offer the following:

If you want to see an example of that “something for everyone” strategy in action? Also coming June 3 is a new season of Floor is Lava.

This one is a reality competition series that’s as dumb and straightforward as the name implies. Its players are confronted with a sort of obstacle course. All they have to do is figure out how to navigate it successfully. That is, without plunging into the red-tinted liquid (the “lava”) below.

Now, look, it takes all sorts to make the streaming world go ’round. Which means, according to the Netflix playbook, giving subscribers everything from prestige series like The Crown and Stranger Things to forgettable reality show tripe like Floor is Lava (“We want something for everybody”).

That brings us, by the way, to another new TV show hitting Netflix this week. One that will almost certainly appeal to fans of political drama.

Also joining the somewhat sparse listing of Netflix new releases this week is Borgen: Power and Glory. It’s a show that, for the uninitiated, is a kind of Danish version of The West Wing.

Having watched the previous seasons, I can confirm: This is absolutely a 10/10 series. It’s one that can hook you pretty easily, in spite of the language barrier and the culture differences. And that’s partly because, when it comes to politics and journalism?

“Birgitte Nyborg is the newly appointed minister for foreign affairs when a drilling company suddenly discovers oil in Greenland,” Netflix says about this show, which is a continuation of the 3-season Borgen. In the earlier seasons, Birgitte became Denmark’s first female prime minister. Out of office, she took charge of her own political coalition.

Netflix continues, about the discovery of oil: It’s an event that “marks the beginning of an international struggle for power in the Arctic, and one in which the otherwise so experienced politician, Nyborg, must repeatedly accept that despite Denmark’s ‘big brother’ relationship with Greenland, when it comes to the international superpowers, it is Denmark that is the minor player — and a somewhat unruly one at that.”