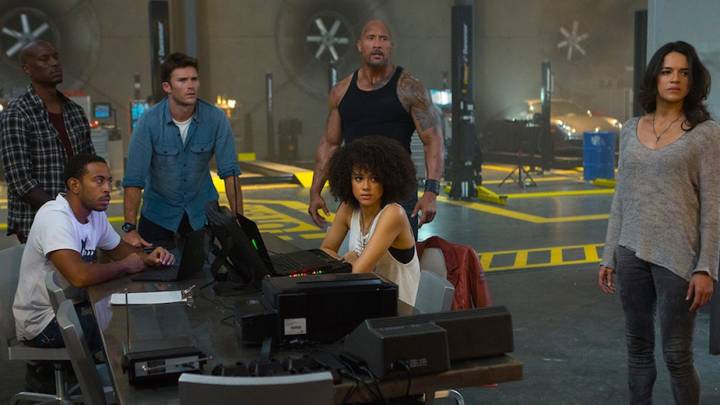 Mark your calendars, folks. One week from today, the eighth installment of The Fast and the Furious franchise will hit theaters nationwide. Dubbed The Fate of the Furious, the film’s trailer teases an even heavier dose of action and insane stunts than ever before. Coupled with an impressive and surprisingly star-studded cast, there’s a good chance the film will dominate the box office next weekend.

Directed by F Gary Gray and featuring big names like Dwayne Johnson, Jason Statham, Kurt Russel, Charlize Theron and more, the film’s plot doesn’t much matter because all anyone really cares about are fast cars and high octane action scenes. And if the trailers we’ve seen thus far any indication, The Fate of the Furious will give fans of the franchise exactly what they’re looking for.

After all, it’s not as if anyone goes to see this kind of movie for dialogue like this:

Cipher: One thing I can guarantee — no one’s ready for this.

Remarkably, the Fast and the Furious franchise is 16 years old at this point and there’s a good chance you may have missed a few installments over the last few years. Not to worry, Burger Fiction this week put together an all-encompassing 7-minute recap that will get you up to speed with every single movie and major plot point in the franchise. So whether you’re an absolute newbie to the peculiar action stardom of Vin Diesel or a seasoned Fast and the Furious vet, you can save yourself the trouble of watching the older films by kicking back and relaxing with the video below.

And in case you’re curious about what the eighth installment of the film series will bring to the table, you can check out an official trailer below.

Tags: Fast and the Furious Movies