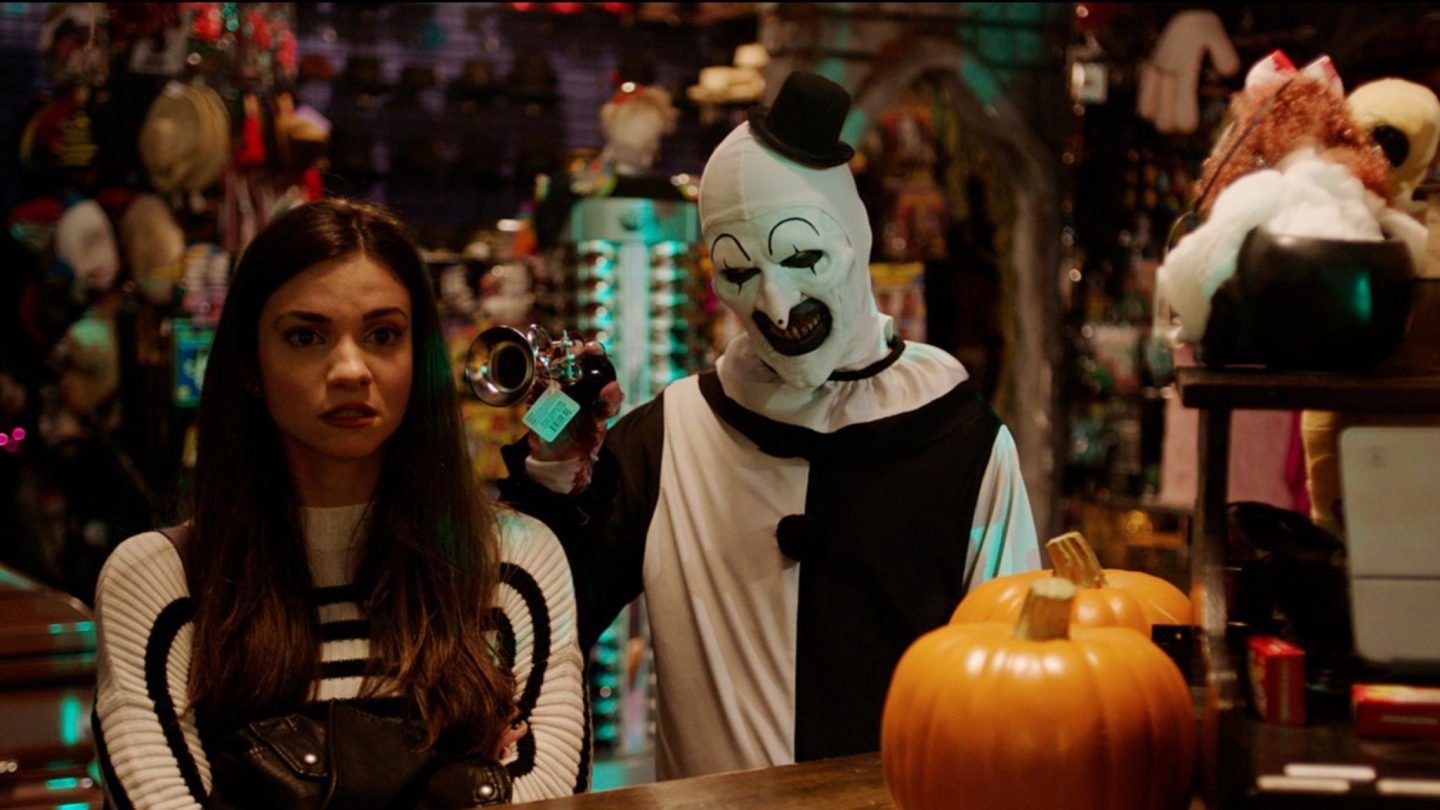 Here’s one way for a filmmaker to secure a nice-sized profit at the box office in 2022, at a time when cinemas are still desperate to lure customers back into their cushy chairs to watch a movie away from the comforts of home: You can always just follow the lead of Terrifier 2, and simply scare moviegoers out of their minds. In fact, some audience members haven’t even been able to finish the endurance test of watching writer-director Damien Leone’s gory follow-up to his 2016 killer clown shock-fest, preferring instead to walk out — while others (no exaggeration) faint and vomit in disgust.

Before we get into the extreme reactions people are having to this gory flick, it’s worth pointing out that Terrifier 2 was reportedly made on a shoestring budget of $250,000 and has already recouped that 8 times over. It’s pulled in, as of the time of this writing, just about $2 million according to tracking data so far — and, what’s more, that’s mostly through word of mouth as opposed to some kind of splashy advertising campaign.

Even more impressive, the movie secured a big chunk of funding through an Indiegogo campaign. “Terrifier 2 is now playing in theaters,” an update from earlier this week on the movie’s Indiegogo page reads. “And hopefully you can see all of the hard work everyone has done over the last few years to deliver on this movie and not let our fans, supporters, and backers down!”

You know you’re on to something, too, when you’ve crafted a horror movie so bloody, vile, and offensive to mainstream sensibilities that it’s inspired an angry mother to launch a Change.org petition against the film. “THIS MOVIE IS EVIL,” the petition reads. “And children across the country are sneaking in to see it. My son Bradley, 14, can hardly sleep at night after him and his cousin decided to see this.”

Terrifier 2 currently has an 86% critics’ score and an 88% audience score on Rotten Tomatoes (which is a heck of a lot better than many new Netflix releases can say). But, again, consider yourself warned:

“Just saw Terrifier 2,” reads one Twitter user’s recent post about the movie. “It was an amazing gory mess. The guy behind me passed out cold n crashed into my chair, another guy left because he didn’t feel good, I overheard him say and walking out theatre door I heard a guy puking hard & loud in the bathroom.”