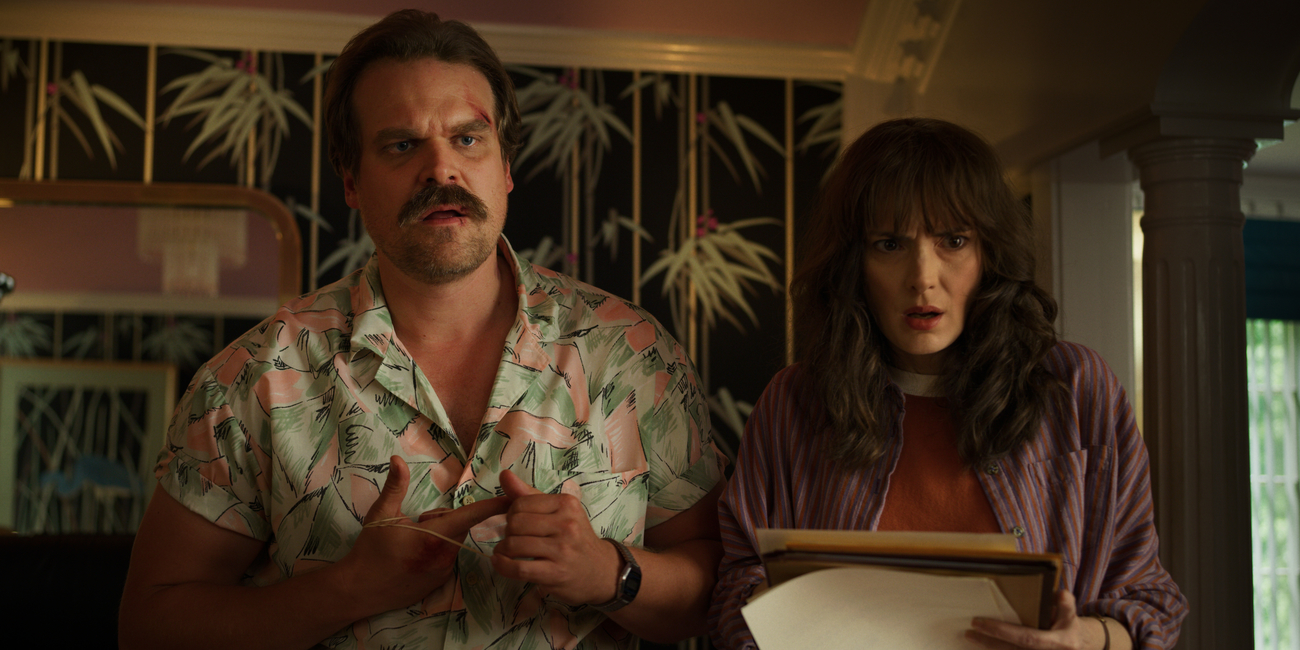 “Jopper” is the affection fan-named pairing of old childhood flames Jim Hopper and Joyce Byers on Netflix’s Stranger Things, with the bestowing of that nickname a testament not only to how much fans adore the gruff sheriff and loving mom but also how perfectly matched the actors are who portray them.

So perfectly matched, in fact, that it’s almost impossible to see how the Duffer Brothers, who created the hit Netflix series, were considering Ewan McGregor and Sam Rockwell at one point for the role of Hopper. While Naomi Watts and Marissa Tomei were likewise possible considerations for the character of Ms. Byers.

That revelation comes via a new report from The Independent, which sheds light on details in the so-called show bible the Duffer Brothers used when they were first taking meetings with TV industry executives and trying to get the show made.

What’s also interesting to note from the Duffer Brothers’ earliest guide for the show was that they at first expected it to be a one-season affair, presumably denying us the opportunity to watch Eleven’s assimilation into the gang of friends, the arrival of Russians, Starcourt Mall, and much more. Lucky for us, the show the brothers eventually directed for Netflix departed significantly from those early notes — and exceeded our expectations in the process.

About the consideration of those film actors above for the “Jopper” roles, the brothers’ old notes read, according to The Independent: “The limited nature of the project will allow us to target film actors for the adult leads.”

The series has been a massive hit for Netflix and is widely expected to be renewed soon for a fourth season. Which will be welcome news to fans, given that there are some major questions that Stranger Things 3 left unanswered, like what’s next for Eleven given the loss of her powers, the definitive fate of Hopper and who that off-hand comment about “The American” refers to.