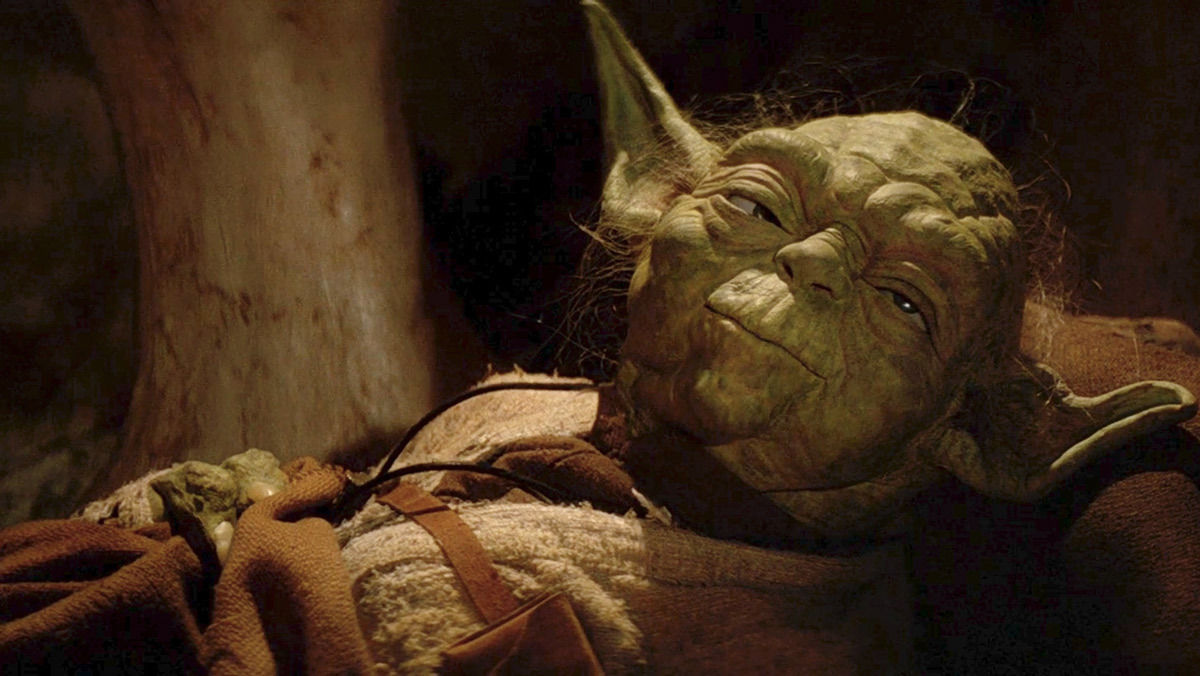 Although the new characters are the highlight of Star Wars: The Force Awakens, fans of the franchise are most excited to see some of their favorite characters from the original trilogy return to the screen for the first time in 30 years.

If you’ve seen any of the trailers, you already know that Han and Leia are a major part of this new adventure, but there are a few other familiar characters in the film as well — they’re just more effectively hidden.

During a brief flashback scene involving Luke’s old lightsaber, we see glimpses of Rey’s past, including her abandonment on the planet Jakku. If you listen closely, you can also hear several voices during the scene, and it turns out that some of those voices will be very familiar to fans of all six of the Star Wars movies.

Speaking with Entertainment Weekly, director J.J. Abrams confirmed that Ewan McGregor (Obi-Wan Kenobi) and Frank Oz (Yoda) had reprised their roles to record new dialogue for the flashback. Even more surprisingly, the team at Bad Robot managed to find a clip of Alec Guinness saying the word “afraid” and spliced it to make it sound like “Rey.”

“They cut it, and you hear the performance – he’s saying it the way I would have begged Alec Guinness to have said it,” Abrams explained. “It is so crazy perfect. So when you hear Obi-Wan talk to Rey it is both Alec Guinness and Ewan McGregor doing the voice.”

For more on The Force Awakens, head to EW and read the full piece.