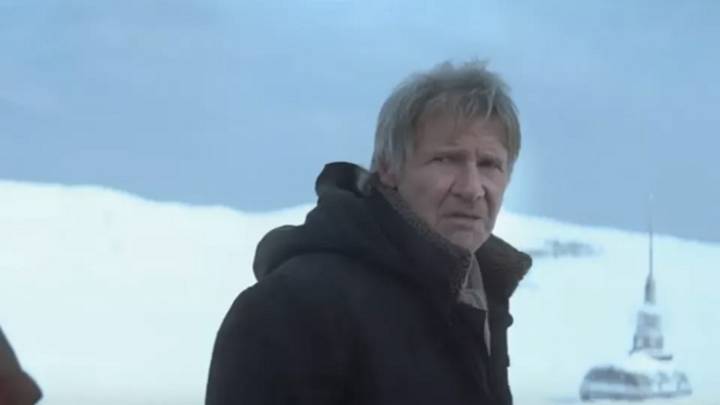 Remember when news leaked out that Harrison Ford had an accident on the set of Star Wars: The Force Awakens that left him with a broken leg? At the time, many people just cracked jokes about Ford being too old to still play a hero in an action movie, but it turns out that Ford’s injury was really a blessing in disguise for The Force Awakens. IGN brings us word that Force Awakens director J.J. Abrams revealed this week that Ford’s unfortunate accident gave him a chance to completely rethink the way he’d written the interactions between Rey and Finn.

FROM EARLIER: Should Android be illegal?

“When I was on the set of the Millennium Falcon and we started to do work with Rey and Finn, the first time we did it, it didn’t work at all,” Abrams said this week at the Tribeca Film Festival. “It was much more contentious. I didn’t direct it right. It was set up all wrong, and when Harrison Ford got injured – which was a very scary day – we ended up having a few weeks off, and it was during that time that I really got to look at what we had done and rewrite quite a bit of that relationship. So when we came back to work again, we actually just reshot from the ground up, those scenes. It was an amazingly helpful thing to get these  two characters to where they needed to be.”

So there you have it: The Force Awakens was a much better movie thanks to Harrison Ford’s painful accident… though I can’t imagine that Ford would ever admit having his leg broken was worth it for the sake of art or anything…