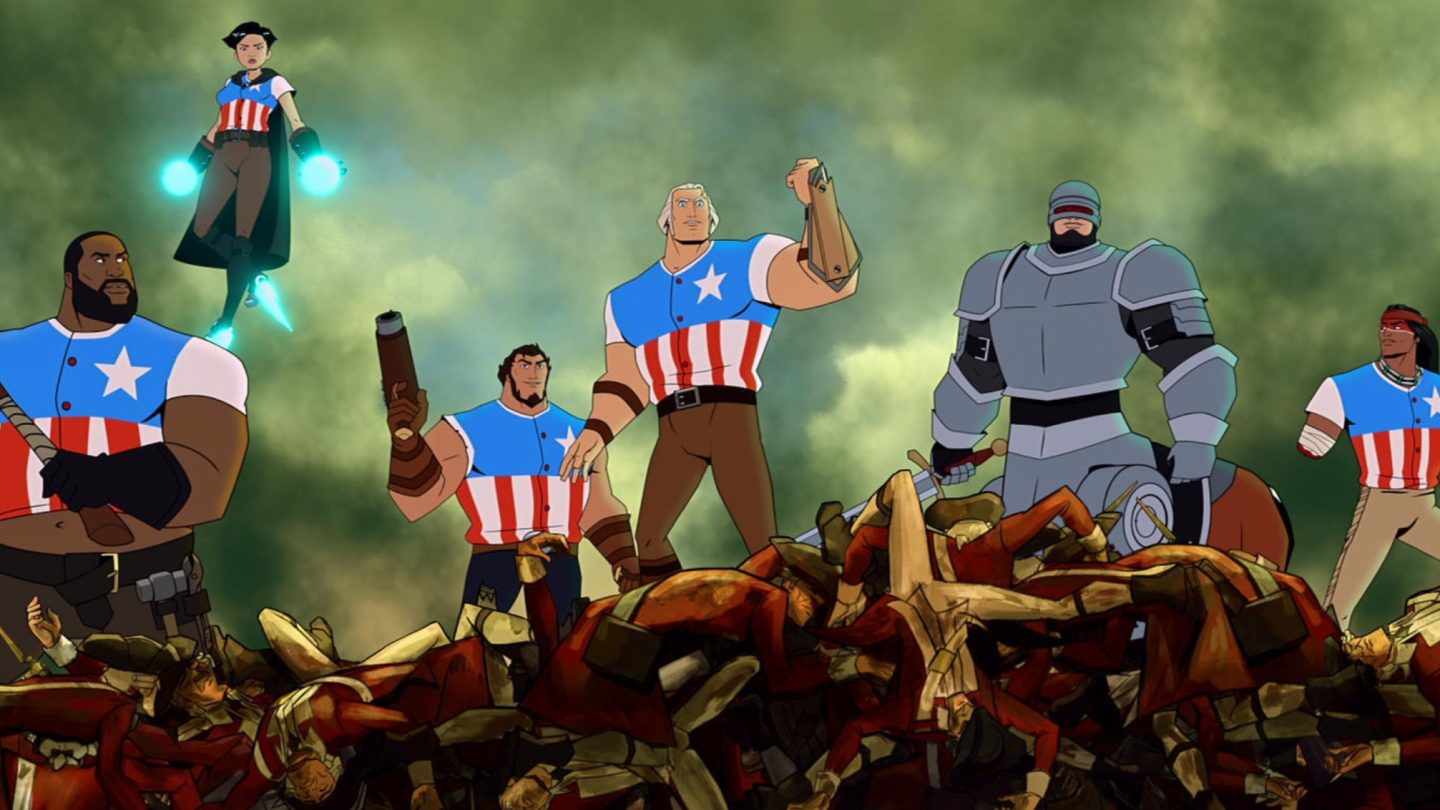 July 4 is one of those holidays that’s perfect for getting together with family and friends, enjoying a cookout, relaxing at home thanks to time off from work — and enjoying a carefree Netflix binge session. If you’re looking for something to stream later today, in fact, it might be worth checking out a Netflix movie that you might have missed when it debuted last year and which tackles an American origin story.

Notice I said “an” origin story, and not “the” story — as in, the actual one from history books. Because America: The Motion Picture, Netflix’s first R-rated animated release, is not concerned at all with history or accuracy or any trivial matters along those lines. No, there’s nothing but superhero-style action, violence, and raunchiness to be found herein. This is why, for example, the story opens with the death of Abraham Lincoln at the hands of Benedict Arnold (voiced by Andy Samberg).

Only, the famed traitor is actually a werewolf in this telling.

“For, like, thousands of years,” Netflix’s summary explains “the origins of the United States of America have remained shrouded in mystery, lost to the sands of time. Who built this ‘country tis of thee,’ and why? Only the dinosaurs know … until now.

“For the first time in human history, the incredible, completely true story of America’s origins are revealed in America: The Motion Picture — a once-in-a-lifetime cultural event available the only way the Founding Fathers ever intended their story be told: On Netflix, on your phone.”

“I’m George Washington,” a buff, superhero-looking Washington says at one point in the movie. “Let’s go start a f****** revolution.” Elsewhere in the movie, the nation’s white-haired Founding Father kicks down the door of a tavern where some redcoats are stationed. His entrance line? “Ding-dong. It’s America, motherf*****.” A British general sneers in response: “Did you practice that line in the car on your way here?” America: The Motion Picture is that kind of gleefully satirical movie.

If that’s not what you’re in the mood for today, though, we’ve still got you covered. You can always spend your time checking out a Netflix movie that’s a bit newer and among the more popular on the service at the moment.

That’s why we’ve also included the latest weekly snapshot of the biggest Netflix original movies in the world. The Top 10 list of Netflix movies below, courtesy of data from the streamer, covers the 7-day period ending June 26. And it might offer some other suggestions for a Netflix release to stream over your holiday break — like this week’s #1 title, The Man from Toronto.

That one is a slapstick Kevin Hart- and Woody Harrelson-led action-thriller which hasn’t exactly won over critics. Still, it’s arguably the kind of thing that’s perfect to veg out to when you’ve got some time to kill. Or annoying family and friends over for the holiday today who you want to ignore.