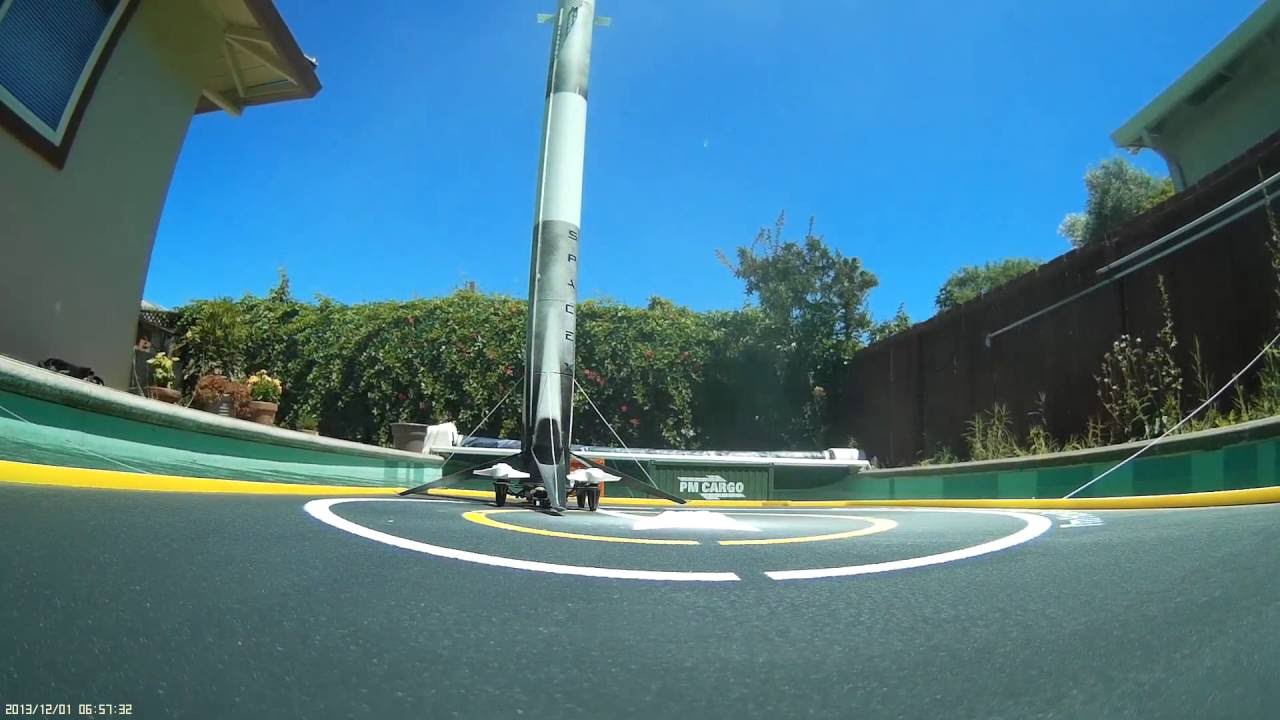 No, Elon Musk isn’t on a serious budget. This is one very dedicated fan’s re-enactment of SpaceX landing its Falcon 9 rockets, using a very small quadrotor version of the Falcon 9, a backyard pool, and an unmanned drone barge.

SpaceX has previously described trying to land its rocket as like vaulting a pencil over the Empire State Building, and even at smaller scale, it’s clear how difficult the trick is.

Even though the YouTuber is using four rotors rather than one big rocket engine, he still appreciates the difficulty:

“The “rocket” is built around a stripped down Blade Inductrix 200, using a variety of model rocket and custom parts. The legs deploy in flight, and I’ve got a removable “Flame” that can be attached. The Droneship is made from 1″ insulation foam, and is built to the correct scale for the 1m tall rocket. It is a tiny landing pad, and give me even more respect for the amazing accomplishment that is landing the real one!”

Of course, for added realism, the hobby rocket should have to crash into the pool four or five times before actually sticking the landing.