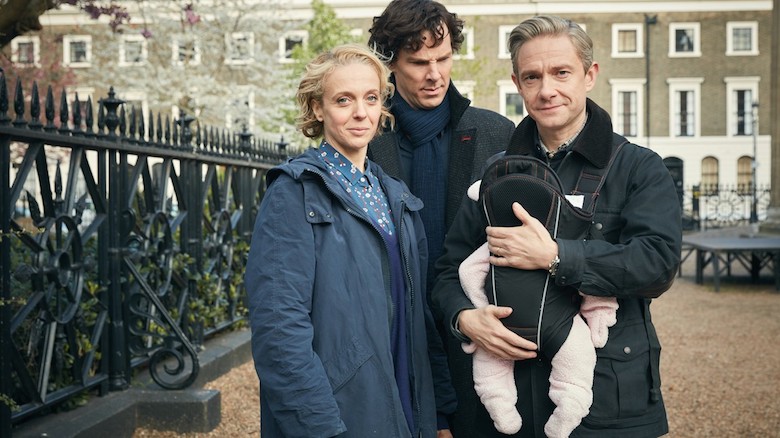 When the third season of Sherlock wrapped up back in 2014, the show’s future was uncertain. As big a success as the show had been for both the BBC and PBS, Benedict Cumberbatch (Sherlock Holmes) and Martin Freeman (John Watson) were as busy as they had ever been, which made scheduling difficult.

It took a bit longer than usual, but following a three year break, the show finally returned for its fourth season on New Year’s Day with “The Six Thatchers” — the first of three new episodes that will air this month.

While millions of viewers tuned in to catch up with Sherlock and Watson on January 1st, New Year’s Day isn’t always the most convenient day to carve out two hours to watch the premiere of a TV show. Thankfully, if you did happen to miss “The Six Thatchers,” you can stream it free on PBS’s website right now.

“Whatever else we do, wherever we all go, all roads lead back to Baker Street, and it always feels like coming home,” said co-creators Steven Moffat and Mark Gatiss in regards to the fourth season. “Ghosts of the past are rising in the lives of Sherlock Holmes and John Watson and terror and tragedy are looming. This is the story we’ve been telling from the beginning and it’s about to reach its climax.”