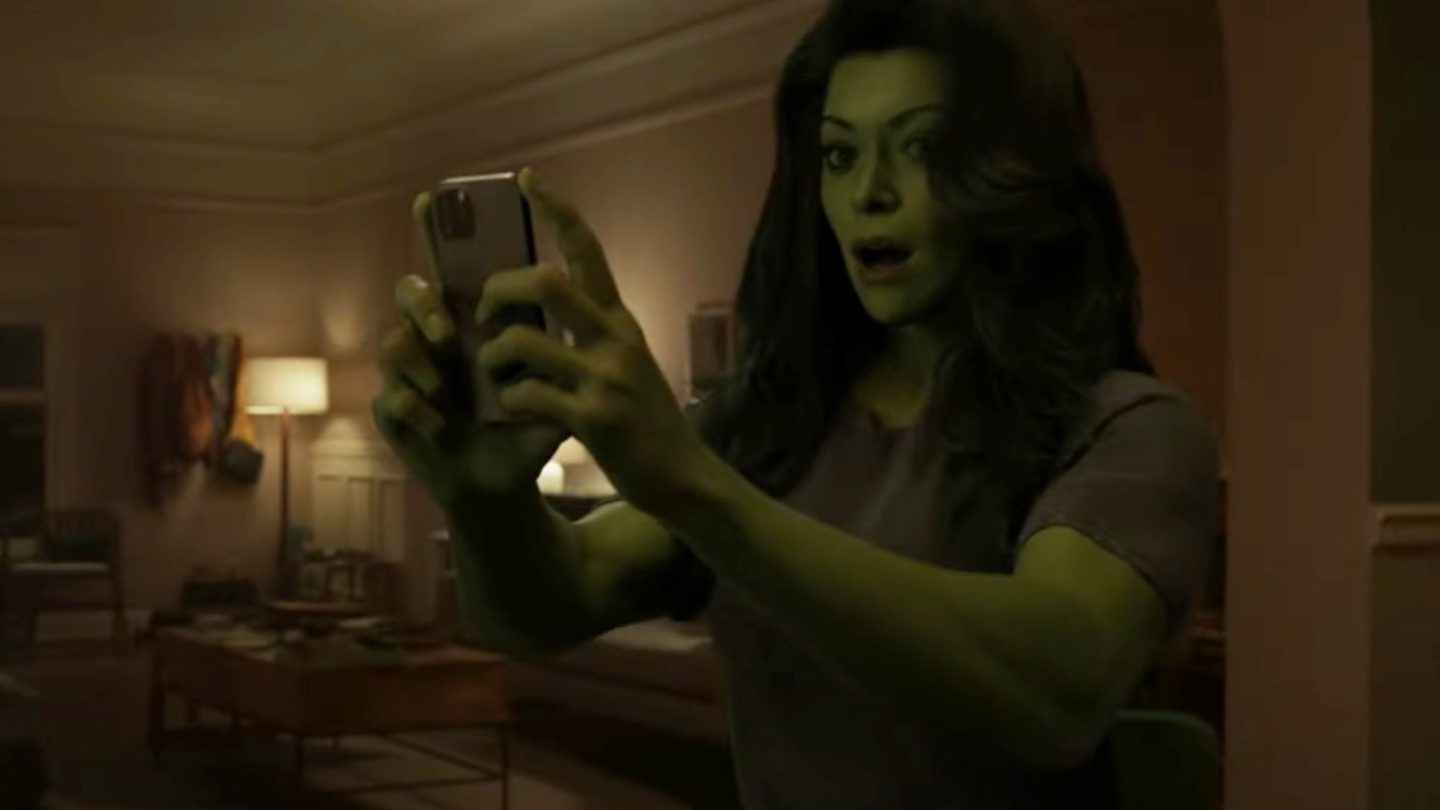 She-Hulk episode 8 is out now on Disney Plus, setting the stage for next week’s finale. As we’ve already explained, episode 7’s big twist was the most puzzling of the series. That is until episode 8 came out.

Now that we’re just one step away from the She-Hulk season 1 conclusion, two things are clear. Tatiana Maslany is just amazing as Jennifer Walters/She-Hulk, and we’ll hopefully see the character more in the MCU adventures of the future. But episode 8’s unexpected twist makes the show’s worst thing absolutely clear: Marvel has been dragging its feet telling this story.

Before we continue, you should know that big spoilers follow below.

After 8 very short but very eventful episodes of She-Hulk, we still have no idea who the real villain is or what they want with Jen. Marvel does deliver a brilliant twist at the end of the episode when it comes to breaking the fourth wall.

Jen is just as confused as we are about what’s happening. Why are we (the audience) still with her now that Daredevil (Charlie Cox) concluded his walk of shame? That’s what she asks us before realizing what’s happening. She figures out that we’re one week away from the finale.

Jen understands that we’re all witnessing the big twist of She-Hulk. “But the question is, is it the kind of twist that’s like, ‘There’s another Hulk, but this one’s red,’ or like, ‘I’m getting fridged?'”

We then get our answer. There’s no Red Hulk at the gala. Not that we expected to see one, really. Also, she’s not really getting fridged. And this brings us to the worst thing about She-Hulk.

We’re eight episodes in, and we still haven’t met the show’s big villain. There’s a reasonable explanation for all of that. We’ve witnessed Jen evolving as She-Hulk, and she’s yet to become the big Avenger superhero she can be. We’re in the very early days of her career, and her focus is still very much on practicing law.

Not to mention all the fantastic MCU cameos and reveals that Marvel dropped along the way. She-Hulk just fixed a few plot issues, and it’s definitely a show you have to see for those Avengers tidbits alone.

The big problem with the She-Hulk plot

She-Hulk episode 8 also makes us feel like Disney and Marvel have been stringing us along for eight weeks. The finale is upon us, and we have no idea who the villain is and what the bigger story is.

We can speculate that the Red Hulk might be the real villain. And that Abomination (Tim Roth) might be involved in the plot against Jen. Then there’s Titania (Jameela Jamil), who is conspicuously absent. The point is that Marvel failed to make us care about the other side of the story.

Also, the MCU can undoubtedly benefit from villains we love to hate. But for that to happen, we need to understand them and see their story.

In a way, Marvel is repeating the Thanos (Josh Brolin) error from the Infinity Saga. Marvel gave us only bits and pieces of this amazing villain until Avengers: Infinity War. With She-Hulk, Marvel doesn’t have the same amount of time to deliver a great villain. There’s just one episode left.

With that in mind, there’s still a chance the She-Hulk finale satisfyingly concludes this first season without the entire thing feeling rushed. Maybe Marvel does have a grand finale in place, one that doesn’t just reveal the villain and gives Jen her justice but that also teases future adventures featuring She-Hulk. Either way, we’ll have to wait until next Thursday to find out.