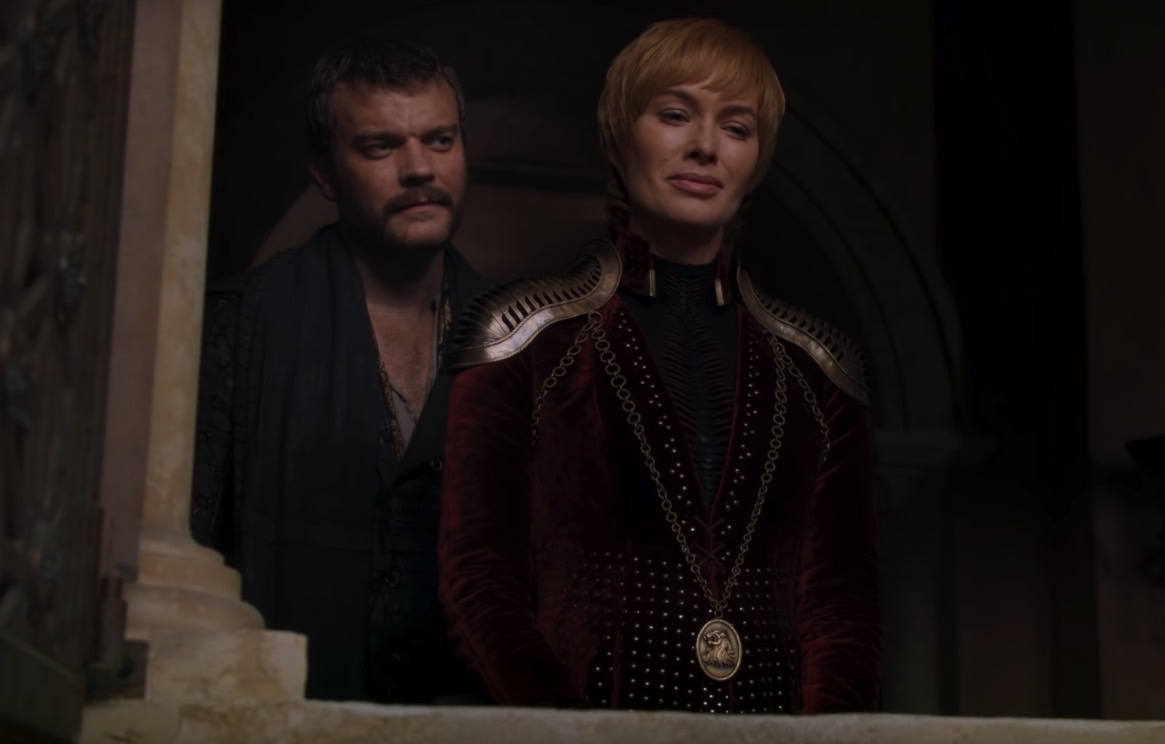 This may have been the biggest twist in Game of Thrones history, one that we certainly didn’t see coming. The biggest villains from the show aren’t any of the characters, of course, but rather showrunners David Benioff and D.B. Weiss who took just one season to ruin the best show in TV history. They do deserve credit for making the most epic show in TV history too, but that doesn’t change the fact that season 8 was a complete and utter failure. There are plenty of good things about the final season, and the way everything ends isn’t the problem. It’s the rush to get there that destroys so many years of hard work, as well as the many uninspired plot decisions that defy logic and common sense. Even still, the show got a record number of Emmy nominations, with Benioff and Weiss having been nominated for the writing of season 8’s finale, which is obviously a bit baffling. Despite the Emmy nom, however, the duo will not make their scheduled appearance at San Diego Comic-Con this week, and there’s no explanation for it (apart from the obvious).

It didn’t take disgruntled Game of Thrones fans long to mock D&D for season 8, and the showrunners have probably witnessed all the backlash in real-time. Just Google “bad writers” to get a small taste of what happened in the aftermath of the final season.

SDCC could have been the venue where Benioff and Weiss explained themselves, surrounded by their peers and plenty of fans who didn’t hate the Game of Thrones final season in spite of everything. But HBO announced that the Game of Thrones panel scheduled for Friday at 5:00 PM PT in Hall H will not feature five people who were previously announced to attend. That’s right, it’s not just D&D who will be no-shows. Per Entertainment Weekly, director Miguel Sapochnik, and actors Iain Glen (Jorah Mormont) and Nathalie Emmanuel (Missandei of Naath) aren’t coming either.

Sapochnik directed that massive battle in The Long Night, which was an absolutely epic fight if you could see through the darkness. Emmanuel, meanwhile, may have shared additional comments about her character’s death, the circumstances surrounding which were among the many things people criticized.

What’s interesting is that HBO never explained the absence of the five no-shows. It can always be a coincidence, and Benioff and Weiss may have real reasons not to attend the biggest Comic-Con event of the year. Or they may be terrified of how fans might react.

It’s no secret that D&D aren’t popular right now, with Coster-Waldau having passionately defended the duo in panels at Con of Thrones in Nashville, via The Huffington Post:

For anyone to imagine or to think that the two creators of the show are not the most passionate, the greatest, the most invested of all, and to for a second think that they didn’t spend the last 10 years thinking about how they were going to end it is kind of silly. And also know that they too read the comments. And it is, even though you sit on your own and go, ‘F—ing stupid writers. A–holes.’ They really ― like everyone on Game of Thrones, every single person and there are thousands ― we worked our asses off to make the best show we could for the ending.

I just wish Dan and David could be here to hear this, to understand that people really love the show, that suddenly they’re not the most hated people in the world. I mean, because that’s how they might ― I know how they feel.

Coster-Waldau standing up for Benioff and Weiss like that is perhaps one of the best things that have come out of season 8 finale. Again, the showrunners achieved something incredible with Game of Thrones. It’s just too bad that they worked so hard to ruin it in that final season.