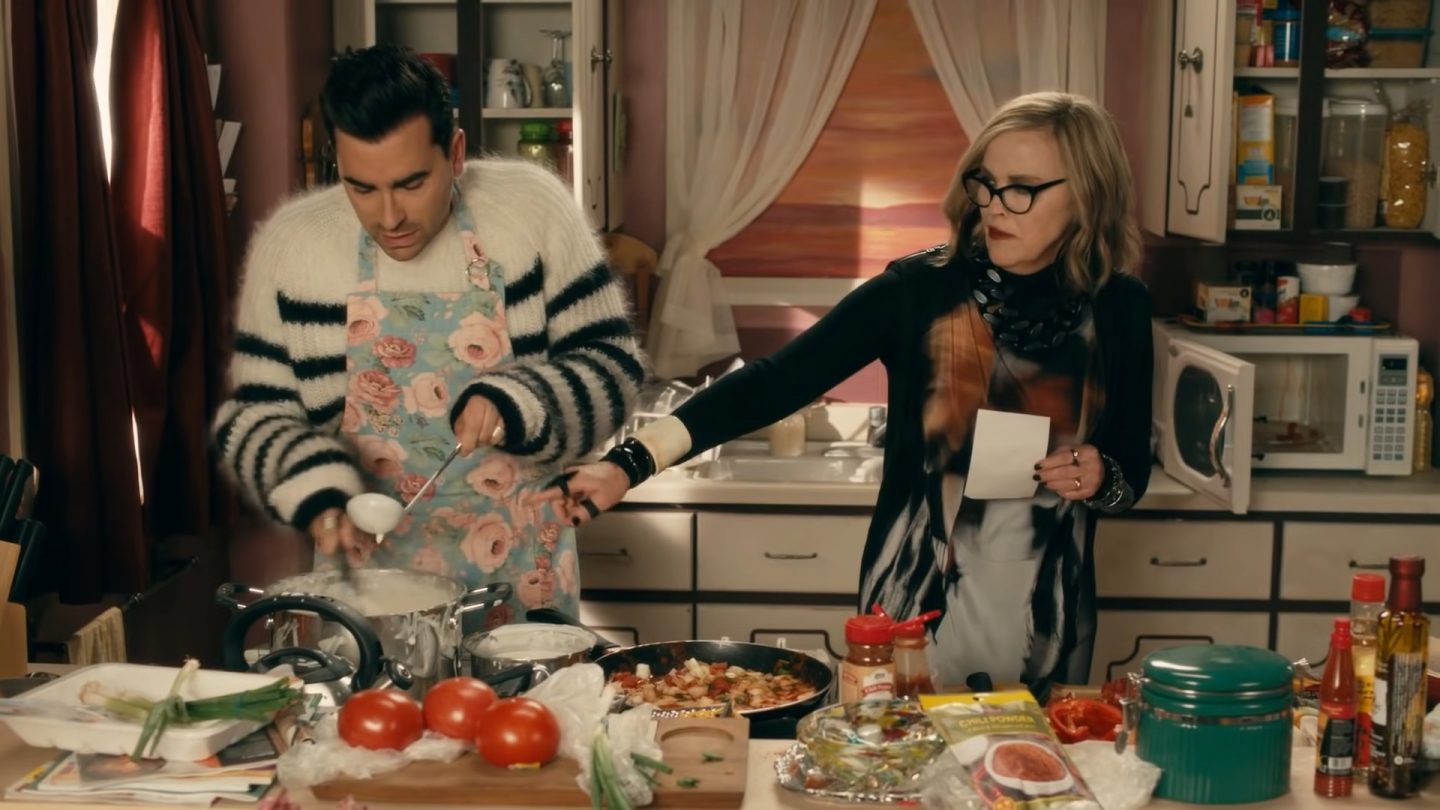 Netflix is having quite a chaotic month. Just days after the company announced that it lost 200,000 subscribers in the first quarter of the year, Hulu swept in and stole away one of the service’s most popular licensed shows. Hulu revealed this week that it will be the exclusive streaming home of Schitt’s Creek in the US starting on October 3rd, 2022.

The beloved sitcom debuted on CBC in Canada in 2015. A month later, it began airing on Pop TV in the US. The show did not make much of an impact at first, but once it started streaming on Netflix in 2017, it picked up steam. Before long, Schitt’s Creek had become one of the most critically acclaimed sitcoms of the late 2010s.

Joe Earley, President of Hulu, shared this statement: “Based on the number of Schitt’s Creek GIFs we Slack every day, it’s no surprise that we are absolutely thrilled to welcome Johnny, Moira, Alexis, ‘Daviiid’ and the wonderfully unique residents of Schitt’s Creek to Hulu. We can’t wait to share the award-winning, blisteringly-funny, yet heartwarming series and characters with our subscribers. We know they’ll fit in nicely.”

It’s stunning to take stock of the content that Netflix has lost over the last few years. One of the first huge blows to the streaming service was the departure of Friends at the end of 2019. WarnerMedia outbid Netflix for the rights and put the show on HBO Max in 2020.

One year later, NBCUniversal snagged the streaming rights to The Office, making it a Peacock exclusive. In 12 months, Netflix had lost two of the biggest sitcoms of the modern era. These were the shows that people returned to when they couldn’t decide what to watch. Now both of them are unavailable on Netflix, and Schitt’s Creek will join them soon.

It’s also worth noting that the Netflix Marvel shows — Daredevil, Jessica Jones, Luke Cage, Iron Fist, and The Defenders — recently moved to Disney Plus. They might not be quite at the level of The Office or Schitt’s Creek, but they were staples of the service for years.

Netflix continues to produce more content than many of the other streamers combined. It also remains the most popular streaming service on the planet. But if it keeps replacing its most popular content with goofy reality spinoffs, it’s going to struggle.