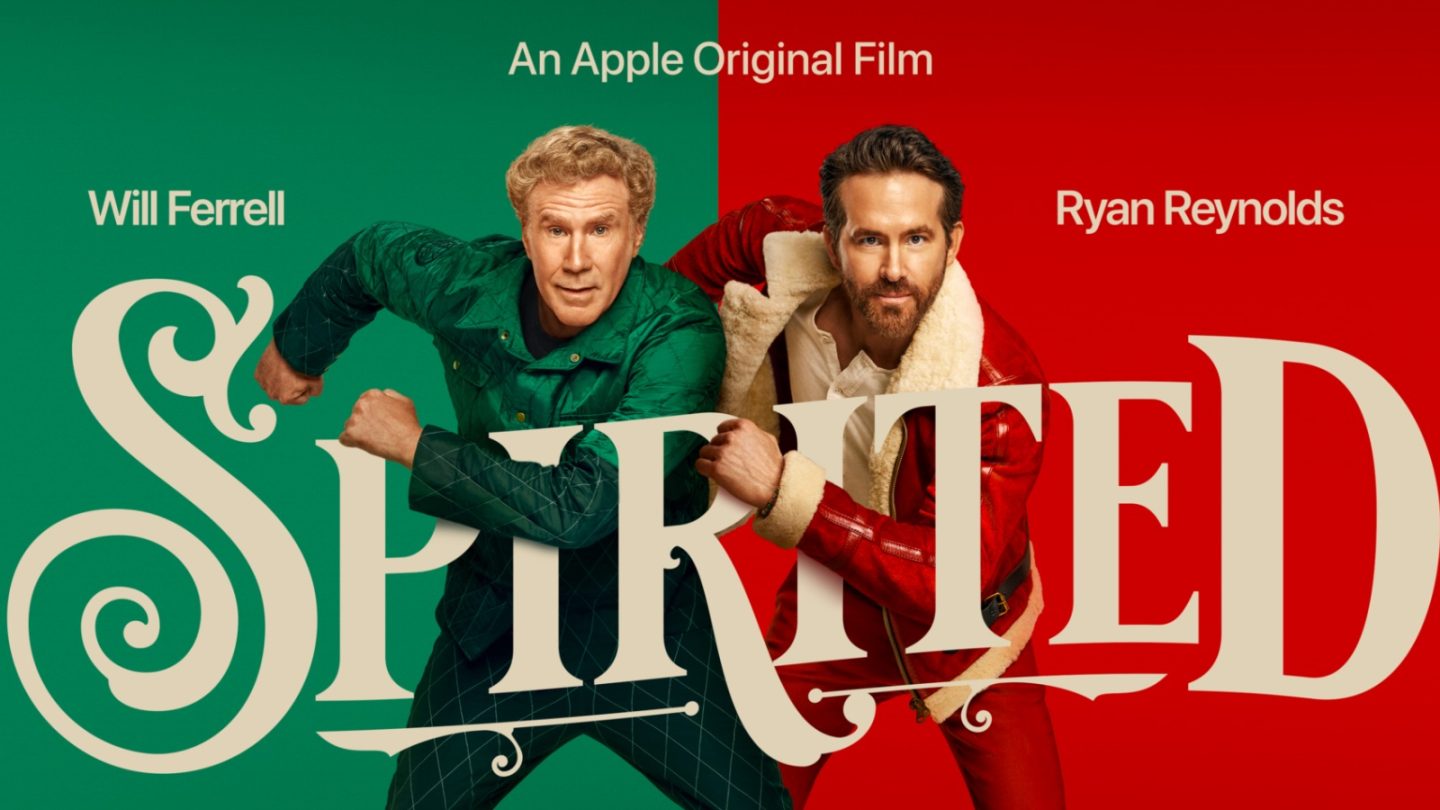 Apple TV Plus is about to end another big year for the platform. After winning Oscar’s Best Picture for CODA, the streamer has announced that the Christmas musical Spirited is Apple TV Plus’ biggest film on its platform yet.

Although the company doesn’t disclose numbers, the musical starring Ryan Reynolds, Will Ferrell, and Octavia Spencer has broken records on Apple TV Plus, as shared by Deadline.

Here’s the synopsis of Spirited, which launched on November 18:

Each Christmas Eve, the Ghost of Christmas Present (Will Ferrell) selects one dark soul to be reformed by a visit from three spirits. But this season, he picked the wrong Scrooge. Clint Briggs (Ryan Reynolds) turns the tables on his ghostly host until Present finds himself reexamining his own past, present and future. For the first time, “A Christmas Carol” is told from the perspective of the ghosts in this hilarious musical twist on the classic Dickens tale. From Director Sean Anders (“Daddy’s Home,” “Instant Family”), written by Sean Anders and John Morris, with original songs by Oscar winners Benj Pasek and Justin Paul (“La La Land”) and production numbers choreographed by Chloe Arnold (“The Late Late Show with James Corden”), this modern retelling is a sweet and spicy holiday treat.

In other Apple TV Plus news, the streamer has just announced that the world of hit comedy Mythic Quest is about to expand with the series Mere Mortals. It will explore the lives of employees, players, and fans impacted by the Mythic Quest game.