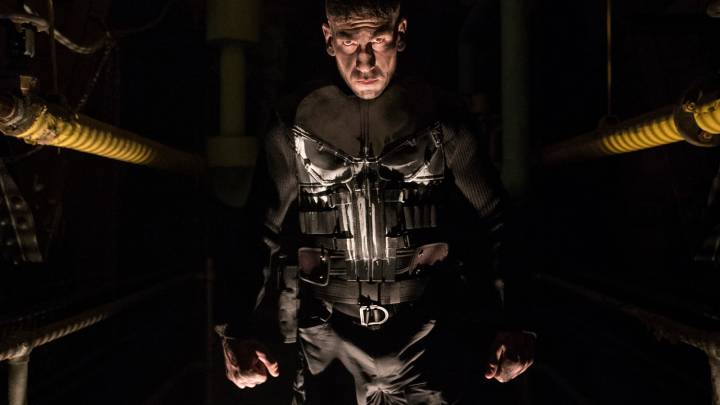 And then there were two. With Netflix’s cancellation of three other Marvel series — Daredevil, Iron Fist and Luke Cage — that might suggest the fate of two other shows, Jessica Jones and The Punisher, is likewise precarious. Nevertheless, it would appear that Frank Castle is indeed returning soon for his spin-off’s sophomore season, according to a new teaser released today via social media.

Netflix had already hinted that the second season of The Punisher would drop in January, and that’s underscored by this new teaser which shows Frank flicking open a cigarette lighter to burn a presidential pardon addressed to him. He got the pardon as part of an agreement with Homeland Security last season, an agreement that also required him to disappear. But now, as you can see in the tweet below, he’s instead coming back for more. Indeed, that it’s time to go “back to work.”

In the upcoming season, according to an Entertainment Weekly summary, “Frank will be outside of New York traveling across America when he encounters a mysterious grifter, Amy Bendix (Giorgia Whigham). Unable to stand aside and watch a young girl be attacked, he intervenes, thereby entangling himself in the shadowy forces that stalk her. Ben Barnes is also back this season as Billy Russo, a.k.a. comic book villain Jigsaw, though newcomer Josh Stewart will play another antagonist by the name of John Pilgrim, a Christian fundamentalist with a dark rage ready to spring out.”

Time will tell how much longer fans will be able to enjoy the show, along with Jessica Jones, in these waning days of Marvel’s and Netflix’s partnership. As The Verge notes in a piece today, it’s not yet clear if Netflix’s already-cancelled Marvel shows will see a new life on Disney’s standalone streaming service expected to arrive next year, though Marvel has already confirmed that Daredevil’s story will continue, one way or another.