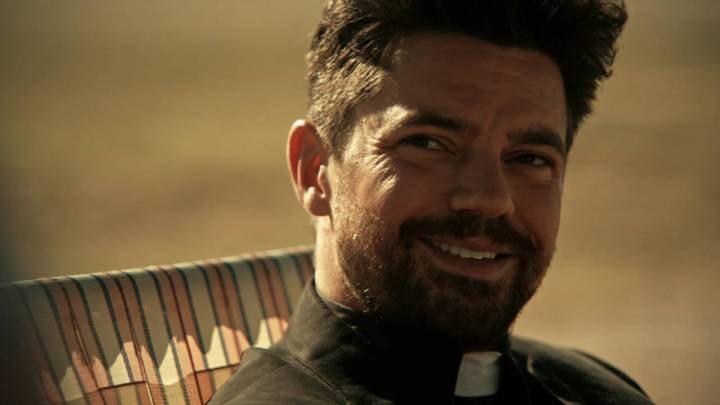 The summer TV lineup has become increasingly watchable over the past few years. Even with Game of Thrones ending in a few weeks, there will still be plenty of worthwhile television to keep up with, perhaps most notably AMC’s new supernatural drama, Preacher — a violent show with heart and a sense of humor.

DON’T MISS: New on Netflix: Every movie and TV show being added in June

The pilot for Preacher aired this past Sunday, but in case you missed it, Sony Pictures Home Entertainment uploaded the entire episode for free on YouTube. It’s also available as a free download on iTunes and Amazon.

Before you dive in, it’s worth noting that the pilot is over an hour long, whereas the rest of the episodes are closer to 40 minutes without commercials. It’s a time commitment, but as you can read in our review (no spoilers) of the first four episodes, there’s a whole lot to like about the acting, the writing and the action.

You can watch the full first episode below, but you will have to “buy” the episode for $0.00 beforehand. A minor inconvenience for a free hour of entertainment:

If you don’t have an hour to spare, you can also watch the first four minutes to see if Preacher might be up your alley. That clip isn’t really indicative of the rest of the show, but it should give you an idea of the tone, at least.