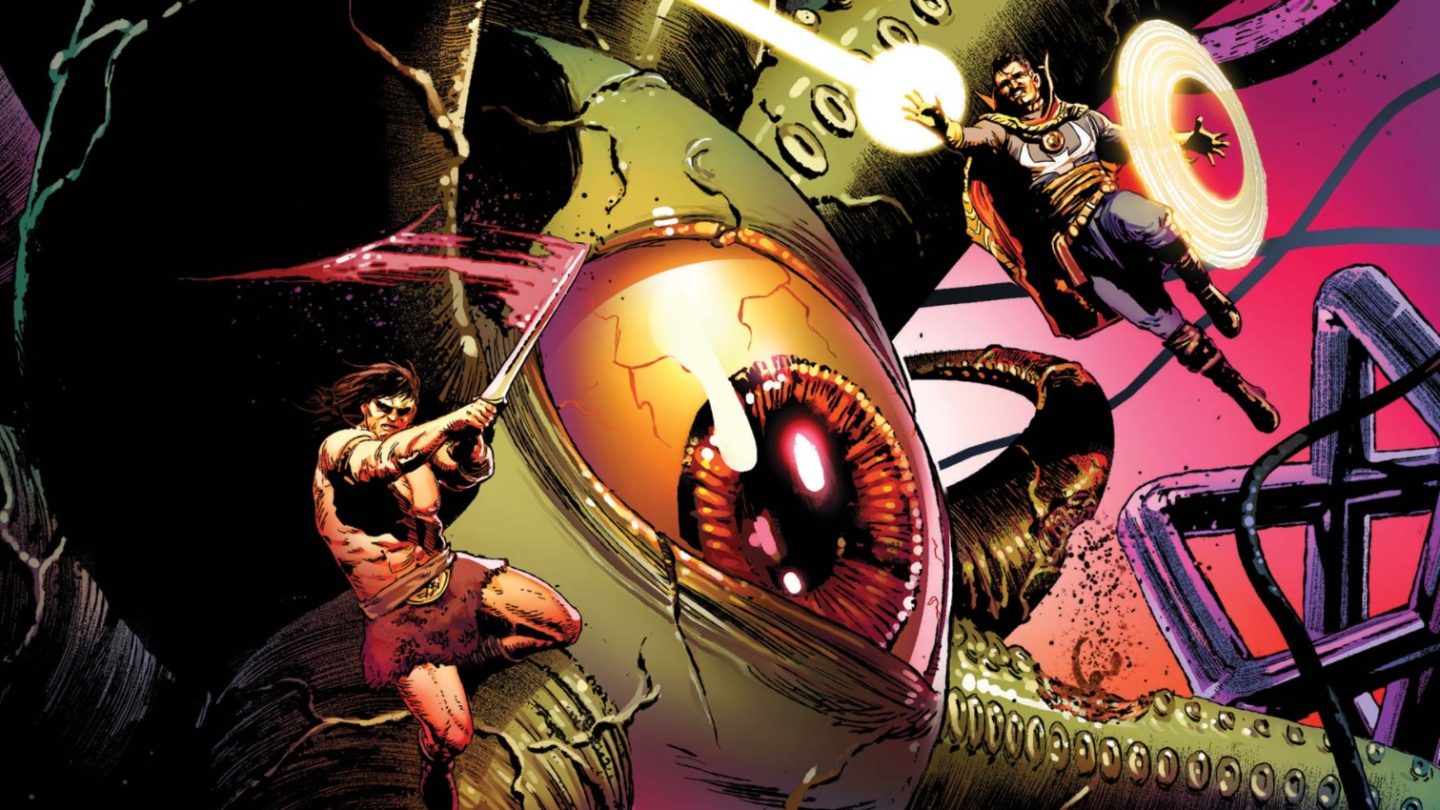 Last month, Disney delayed virtually every new Marvel movie scheduled to release in 2022 and 2023. Spider-Man: No Way Home is still set for December 17th, but Doctor Strange in the Multiverse of Madness is now slated to arrive on May 6th, 2022. Marvel fans have become accustomed to waiting months on end for new MCU entries throughout the pandemic. But the five-month gap between Spider-Man and Doctor Strange will still be tough. Thankfully, the leaks never stop. Just this week a product listing for a puzzle seems to have confirmed the villain of Doctor Strange 2.

As spotted by Gizmodo, the Australian retailer Booktopia has opened preorders for a Doctor Strange in the Multiverse of Madness adult coloring pad and puzzle. The coloring book is 24 pages long while the puzzle contains 1000 pieces. More importantly, we see an absolutely iconic Marvel villain facing off against Doctor Strange in the scene on the puzzle.

As you can see in the image below, Doctor Strange is doing battle with a giant, one-eyed creature. This is Shuma-Gorath, who first showed up as an opponent for Strange in the early 1970s. Shuma-Gorath is revealed to be one of the Old Ones, and once ruled over Earth. Here is a more detailed description of Shuma-Gorath’s powers and abilities from Marvel:

Shuma-Gorath is the archetypal Class Three demon, native to an extradimensional realm. He is one of the “Old Ones” who came to Earth untold millions of years ago, ruling it and feasting on mankind’s ancestors. Though banished in the distant past by the sorcerer Sise-Neg, Shuma returned to Earth and ruled for an age in what would be Cimmeria, fed by blood sacrifice. Over 21,000 years ago, the newly risen god Crom led a shaman to three iron-bound books of magic with which the shaman imprisoned Shuma in what became Mount Crom. Around 10,000 B.C. the newly wed sorcerers Kulan Gath and Vammatar sought to release and enslave the demon, but failed after betraying each other. A century later, Shuma-Gorath was indeed unleashed by the two sorcerers and others, but the barbarian Conan used the Books to banish the demon from Earth.

Is Shuma-Gorath already in the MCU?

Needless to say, this entity will be a serious threat whenever it appears. It’s also worth noting that we might have already met Shuma-Gorath in the MCU. We saw a tentacled creature multiple times throughout What If…? on Plus. But we still don’t know if it was the Old One.