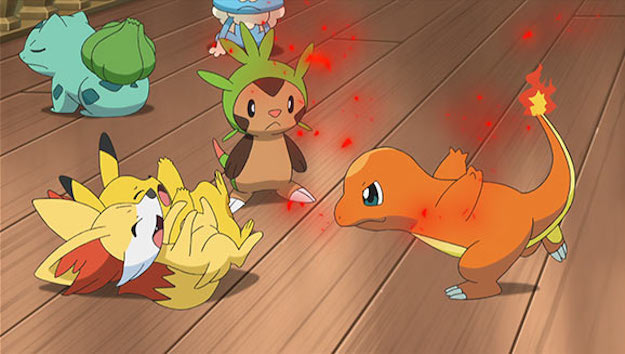 There are over 300 Pokemon to catch or acquire in Alola region of Pokemon Sun and Moon, but did you know that there is a way to make Pokemon from other regions spawn in the game as well? That’s the magic of the Island Scan feature.

DON’T MISS: Pokemon Go Thanksgiving event: Double XP and Stardust for the rest of the month

A few hours into Sun and Moon, you’ll gain access to a QR Scanner in your Rotom Dex. With the QR Scanner, you can scan QR codes of any Pokemon in the game to add them to your Pokedex. Not only will you be able to see where that Pokemon spawns in Alola, but you’ll also get 10 points, which build toward the Island Scan.

Once you’ve collected 100 points by scanning 10 QR codes, you’ll be able to activate the Island Scan. When activated, the Island Scan will scan whichever island you’re on (Melemele, Akala, Ula’ula or Poni) and find a rare Pokemon — typically one that can’t be found under normal circumstances in Sun and Moon.

Below, we’ve embedded a widget with all 472 QR codes:

Once the Pokemon has been located, you’ll be given exactly one hour to find and catch it. Once you find it, you’ll only have one opportunity to catch it, so be sure to bring a Pokemon with the move False Swipe, especially if you’re on Melemele Island, where a lower-level Pokemon is more likely to spawn.

UPDATE: It turns out that the Pokemon you find through the Island Scan are actually predetermined based on what day it is and which island you scan. Here’s a chart of all the Pokemon that will spawn on each island depending on the day:

Here’s a video explanation of the process from Arekkz Gaming: