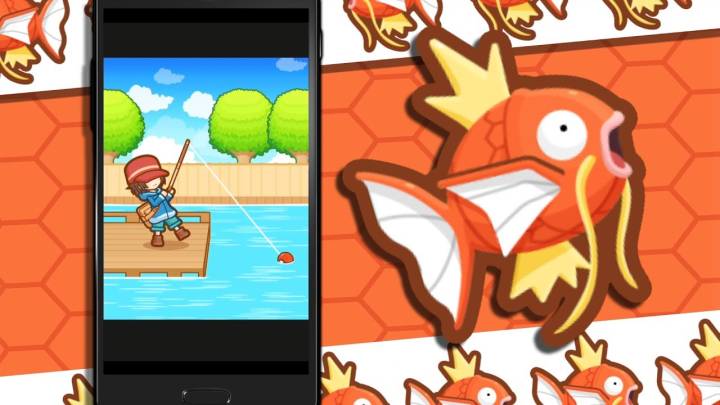 Just a week after soft-launching on the Italian App Store, Pokemon: Magikarp Jump is now available on iOS and Android in the US. It’s nothing like Pokemon Go, but if you’re looking for a game to occupy your time while you wait for Niantic to introduce Legendary Pokemon, Magikarp Jump might do the trick.

Much like in the original Pokemon games, your objective in Pokemon: Magikarp Jump is to train your Pokemon, battle other trainers and collect badges along the way. The twist is that Magikarp is your only Pokemon and the battles are really just jumping contests. If your Magikarp jumps higher than your opponent’s Magikarp, you win. If possible, it might be even sillier than it sounds.

In between “battles,” Magikarp will return to its pond, where you can raise its Jump Points (JP) by feeding it berries or by taking it out on training missions. Random events will occasionally pop up once you’re done training, and while some will reward you with extra gold (which you can use to buy new berries or training missions), others can spell doom your companion, like the time a Pidgeotto grabbed my Magikarp as he attempted to jump in the air to grab some berries from a tree.

If your Magikarp is taken away, you’ll have to go catch a new one and start from scratch. On the other hand, if you raise your Magikarp to its maximum level, it will retire as soon as you either lose a battle or win a badge. One way or another, you’re always going to be replacing Magikarps with new Magikarps. But the good news is that as your trainer levels up, Magikarp’s max level increases as well.

I’ve spent a couple of hours with Pokemon: Magikarp Jump and while it’s not as deep as Pokemon Go, it’s an entertaining idle game with a great art style and a sense of humor.