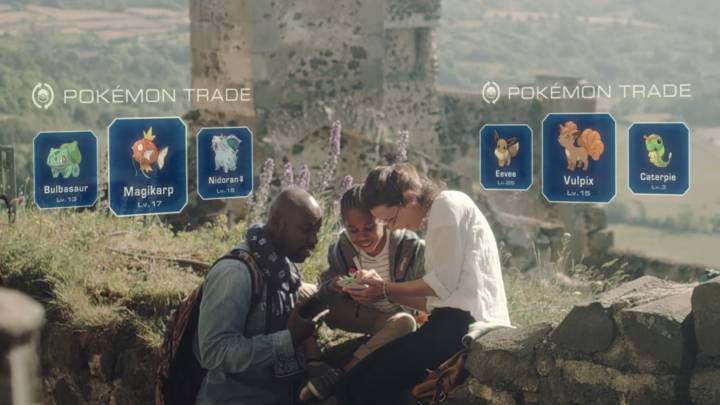 Pokemon Go players have a hard time decided which feature they most want to see added to the game, but trading seems to be near the top of everyone’s list. Niantic hasn’t shared much about the trading system (other than that it will eventually make its way into the game), but this week at the Game Developers Conference in San Francisco, Polygon managed to squeeze a few additional details out of the development team.

“[Trading] won’t be through the internet,” Niantic senior product manager Tatsuo Nomura told Polygon. “You shouldn’t be able to exchange your Pokémon with someone who is 100 miles away from you. […] The person needs to be in your proximity.”

Nomura stresses that player interactivity is still the priority for Niantic. If players were able to log on to a server, trade with anyone on the planet and then go about their business, it would defeat the purpose.

“I wasn’t really thinking of trading as a way to solve the local area spawn issue,” Nomura explained when asked about the purpose of the upcoming feature. “That was more, we have a couple Pokémon that only spawn in a couple regions, and that was the hope, that some Pokémon you have to know someone or find someone who lives in certain regions and meet and exchange. We don’t want to just have that be an online game that you can just exchange virtually.”

Nomura and the team understand the significance of trading in Pokemon Go, which is why the feature is taking so long to implement. He even goes so far as to say that if Niantic screws up trading, “we can easily kill the game.” Nevertheless, Niantic plans to release the feature at some point in 2017.