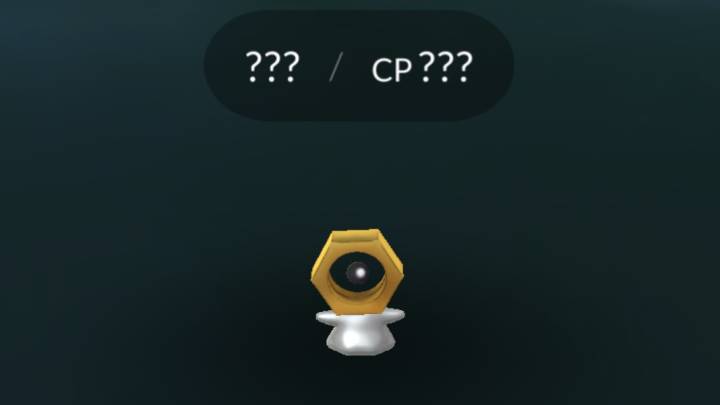 Hours after we told you about the mysterious new Pokemon that appeared in the network traffic for Pokemon Go, we began receiving emails from players who had actually found and caught it. At the time, we knew hardly anything about the creature, but over the weekend, fans of the game were able to put some of the pieces together.

According to Polygon, the odd-looking Pokemon with an amorphous body and hexagonal nut for a head (which fans have nicknamed “Nutto”) was first spotted in-game at the end of a Community Day event in Japan last week centered around the Gen 2 Pokemon Chikorita. Players who found the new Pokemon in the wild saw its name as “???” and its combat power (CP) as “???” as well. As soon as they caught it, it would turn into a Ditto.

As we learned from Twitter user Chrales, the files connected to this Pokemon were tagged with the name “Kecleon,” which is a Gen 3 Pokemon that had yet to be added to the game. But the ID number for the Pokemon is #891, and to date, there have only been 807 Pokemon introduced in the series through seven generations. To make matters more confusing, the actual Kecleon model has been spotted in-game as well, but it also morphs into Ditto.

Kecleon but upon capture appearantly turns into Ditto 🧐#PokemonGO pic.twitter.com/7UKrw3BZlJ

There is still a great deal of mystery surrounding this entire Nutto episode, but Pokemon Go Hub has managed to sort through all of the chaos to establish a few facts. First of all, as glitchy and strange as the new Pokemon’s appearance is, it seems to be intentional, as Pokemon Go developer Niantic’s head of marketing has tweeted about it. Also, the creature’s cry during an encounter is the same as the Kecleon sound discovered in an earlier update.

There are plenty of theories being floated by fans of Pokemon Go, but the most likely explanation is that this is some kind of cross-promotion between Pokemon Go and the upcoming Switch games Pokemon: Let’s Go, Pikachu! and Pokemon: Let’s Go, Eevee! That said, we won’t know for sure until we see more.