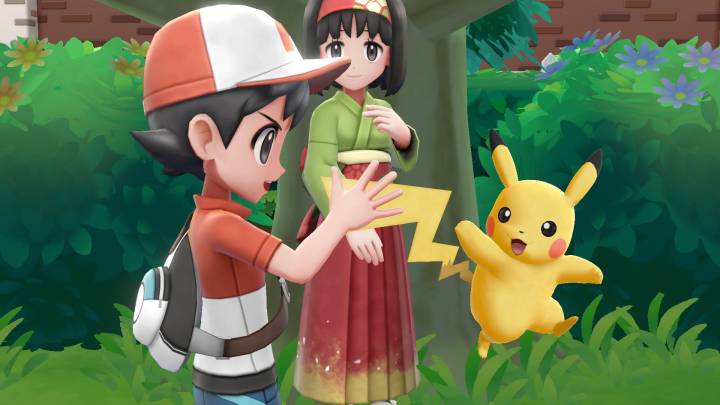 Pokemon Go is a worldwide phenomenon, but it managed to reach that status without ever showing us anything we hadn’t seen before. Every Pokemon in the mobile game was previously introduced in a game from years past, but on Friday morning, a data miner who goes by Chrales on Twitter found assets while scanning the game’s network traffic which might give us a first glimpse at a brand new Pokemon that has yet to be announced.

Before we get to the latest leak, it’s worth jumping back in time a few months, back to when The Pokemon Company revealed that the upcoming Pokemon: Let’s Go, Pikachu! and Let’s Go, Eevee! for Switch will feature a Pokemon that has never appeared in any other game. Those titles will also interact with Pokemon Go.

As for the leak, initially, Chrales said that the two images he shared were new icons for the Gen 3 Pokemon Kecleon (which you can see here). Obviously the creature in the tweet looks nothing like Kecleon (even though it is labeled as such in Pokemon Go), but Chrales then went on the explain that the unity files of the mysterious Pokemon are tagged with the ID #891. There are only 802 Pokemon as of Gen 7, which suggests this is a Gen 8 creature.

The Pokemon’s head looks like a hexagonal nut, while its amorphous body is similar (but not quite identical) to that of Ditto. There also look to be regular and shiny versions. While this very well may be a placeholder for the final graphic, it seems as though Niantic let something go through that wasn’t supposed to be seen yet.