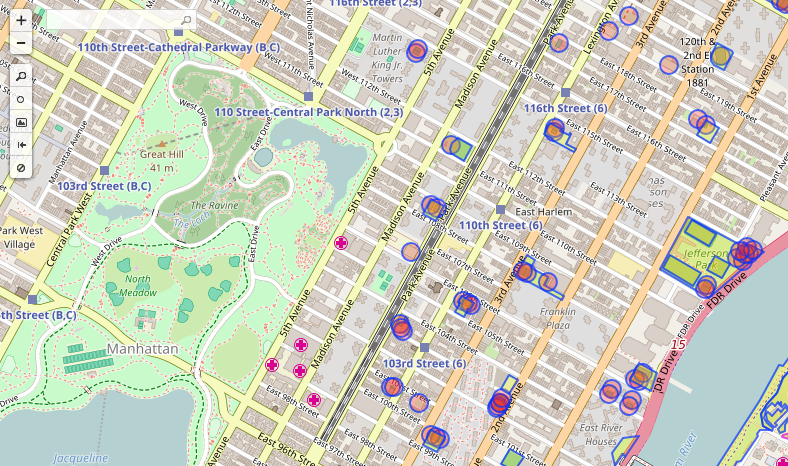 If you’ve been an avid Pokemon Go fan since the game launched back in July, you’ve probably read about nests. A nest is a set location on the planet where a certain type of Pokemon (as well as its evolutions) spawns.

For example, if you see multiple Bulbasaurs spawn in the same area over the course of a few minutes, you’ve likely stumbled upon a Bulbasaur nest. (Lucky you!)

As of the most recent update, Niantic has changed the way nests work to allow evolved Pokemon to spawn at nests, so there’s a chance you’ll see an Ivysaur or even a Venasaur at that Bulbasaur nest. At this point, you probably just want to know how to find a nest in your area, right? Well, prepare for a very busy weekend.

Earlier this week, Reddit user nmitch3ll created a tool that could help you find potential nests in your neck of the woods. All you have to do is head to this link, find your location on the map and hit the “Run” button in the top-left corner.

The site will then scan the area for parks, playgrounds, meadows and other geographical hotspots that often correlate with nests.

Here’s nmitch3ll’s simplistic explanation for how the tool works:

“People have seen a relationship to some nests being in locations that are labeled a certain way in OSM (OpenStreetMap). This query gathers those tags and highlights them using overpass turbo.”

It’s important to remember that not every area that overpass turbo highlights in your area is a nest, but the highlighted areas do have a greater chance of being nests. You’re just going to have to go out and explore to find out for yourself.