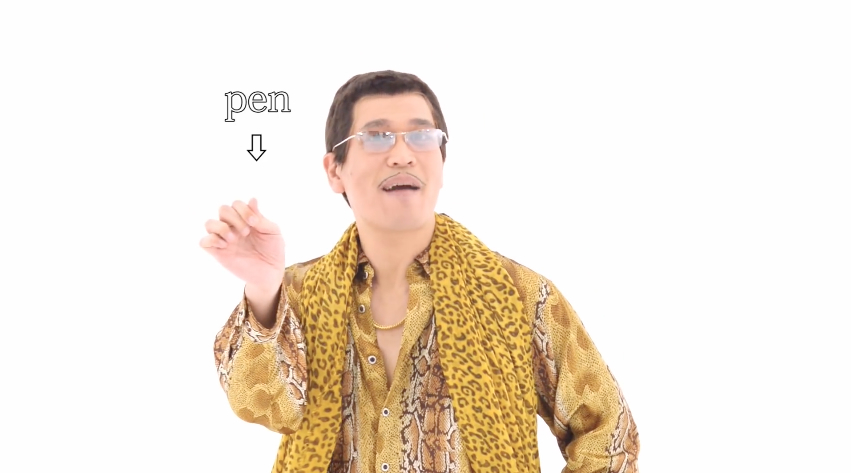 Remember Psy’s incredibly addictive Gangnam Style ? Well, a similar sensation is taking over the internet, and you’ve probably seen it a few times since this morning: PPAP, which is short for Pen-Pineapple-Apple-Pen. Before you ask, it has nothing to do with Apple, the company. It’s about fruit and pens.

PPAP is a silly song about forcefully inserting a pen into fruit and then combining the resulting pen-fruit. That’s how you end up with an apple-pen and then a pineapple-pen. That’s how the pen-pineapple-apple-pen is born. Very silly.

The guy doing the singing, if you can call it that, is Japanese singer and comedian Piko Taro. The original song is just about one minute long. Posted on YouTube in August, it became a monster hit after reaching 9Gag’s Facebook page, where it amassed 50 million views and 1 million shares. The video is viral on YouTube as well, where it got more than 5 million views.

But that’s not the only place you may have seen PPAP appear. Many people are posting their own cover clips of the song, trying their best to imitate the comedian. There’s really no escaping it. And if you know someone who’s not familiar with pen-pineapple-apple-pen, then you absolutely have to teach PPAP to them.