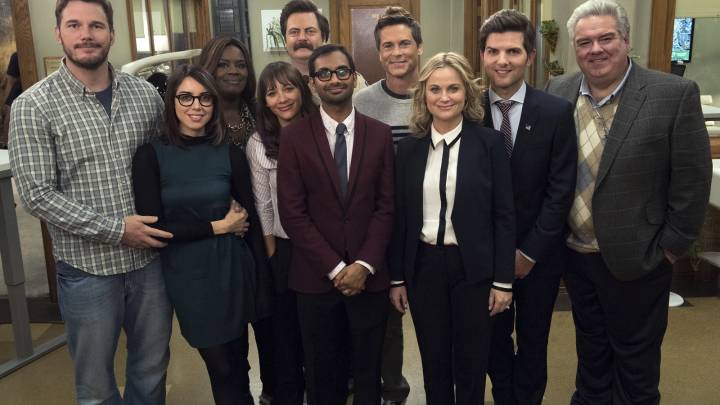 It’s been five years since we said goodbye to NBC’s beloved mockumentary about a group of supremely likable civil servants from the small, fictional town of Pawnee, Indiana, which, come to think of it, doesn’t sound like a long time ago when you focus only on the number of years that have passed. But the truth of the matter is that Parks and Recreation, which took its bow in 2015, is in every way a throwback — a relic of a pre-Trump era that doesn’t really exist anymore, except in the form of a half-hour TV show that gave us, tucked inside a candy coating of slapstick, comedy, romance, and heart, a one-two combo of a mission statement that sustained the show for seven seasons. That statement is as follows: Government can be a force for good in the world, and that the people who make it so represented a reason to be more hopeful than not about America circa the mid-2010s.

Which is why it might strike you as a little incongruous that on Thursday night, April 30, NBC is broadcasting a quickly assembled Parks and Recreation reunion special. This will be the one-night-only resurrection of a show that once reflected the best about government, at a time when widespread government inaction has exacerbated the deadly coronavirus pandemic that’s now infected more than 1 million Americans, killed more than 58,000 Americans, wrecked economies at the local, state, and federal level, and left millions of people out of work. At a time when TV news is wall-to-wall coronavirus coverage, when the leader of the free world who you’d hope would remind you about the only thing to fear being fear itself instead of making sarcastic comments about injecting yourself with bleach, Parks and Recreation is coming back, one more time, to place the original cast of characters in our current timeline of social distancing.

The reunion special makes all the sense in the world, anachronistic as it may be. Here’s what we know about the special on Thursday, along with when (and where) you can watch.

Where: You can watch it on NBC, for free

What: According to NBC, “In the network’s highly anticipated A Parks and Recreation Special, all of the original characters from the series will return and, in addition, several guest stars from the Pawnee universe may pop in. The story comes from the events of the day — Pawnee’s most dedicated civil servant, Leslie Knope, is determined to stay connected to her friends in a time of social distancing.”

Leslie Knope wants to let you in on a secret… On April 30, #ParksAndRec is returning to NBC for “A Parks and Recreation Special”. Our workplace proximity associates, together with @StateFarm and @subaru_usa, are raising money for @FeedingAmerica. https://t.co/YuyWBTYmrH https://t.co/5X2I9I6fTb

In comments to reporters on Tuesday, executive producer Mike Schur teased at least one big surprise, which will occur in the special’s opening moments. “The first face you see on-camera will not be one of the 10 main cast members,” Schur said. “And that sets the tone for the show.”

Footage was shot in all of the actors’ homes, and the special will include the core original cast. The show will raise money for Feeding America’s COVID-19 Response Fund, and the cast — as well as NBCUniversal and sponsors State Farm and Subaru of America — will match donations up to $500,000.

During his presentation to reporters Tuesday, Schur reminded everyone that the show actually got started during another bleak national crisis, the Great Recession of 2007/08. “The reason why this project made sense,” Schur said, “(was that) the main character was eternally optimistic and believed in the power of community to hold people together. She believed that incremental small moments of connection and togetherness were vital to the social fabric. And she believed that government can be a force for good and help people in meaningful ways.”