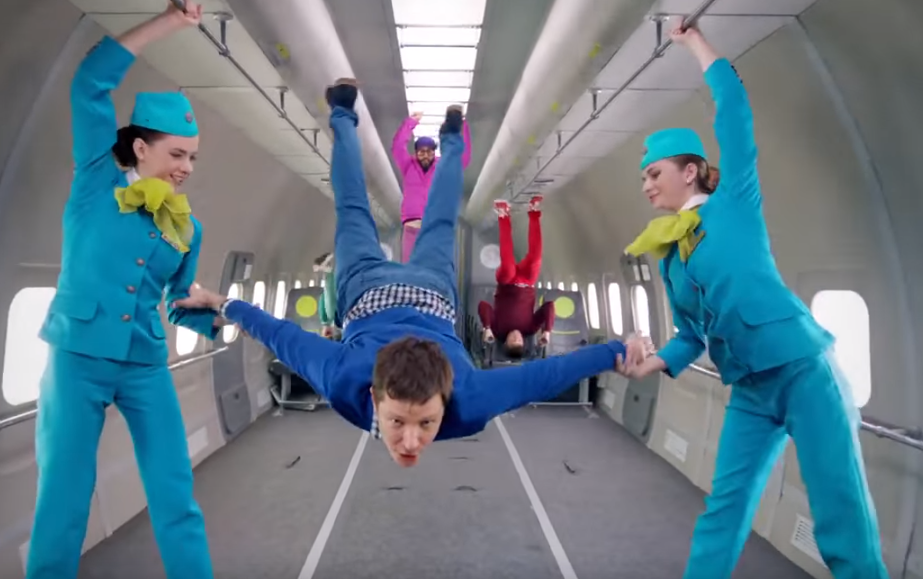 OK Go are known for making crazy music videos but what they’ve pulled off with their new video for “Upside Down Inside Out” is the craziest thing they’ve done yet. The band went on an S7 Airlines flight and shot the entire video in zero gravity, which let them pull off a bunch of crazy stunts. This really has to be seen to be believed.

DON’T MISS: Comcast’s pitiful campaign to stop you from switching to Google Fiber

While the first part of the video is just the band doing some floating around the airplane cabin, things get really fun when they release a bunch of balls into the air and pop a bunch of balloons filled with paint. The band apparently filmed this video over the course of 21 different flights in which the band members were weightless for a total of two hours and 15 minutes.

S7 Airlines is a Russian airline that was eager to help OK Go with its new video because it would also give them a pretty substantial marketing boost. Given how quickly the video is going viral on the web, it’s a good bet that this gambit will be successful.

Check out the video for yourself below.