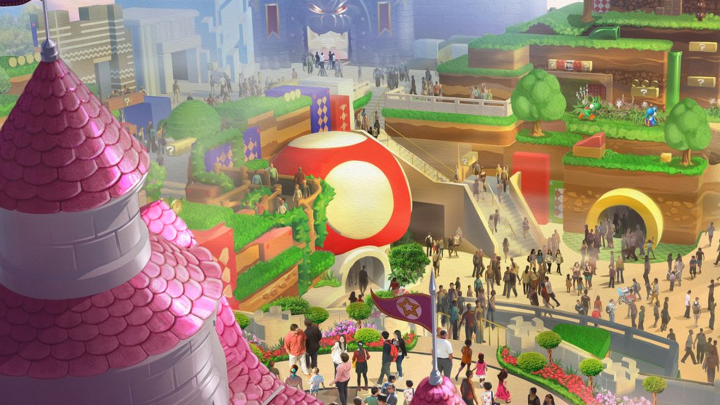 Never one to miss a golden marketing opportunity, Nintendo just revealed some seriously exciting news regarding its plan for branded theme park locations. In a tantalizing teaser image posted on Twitter, the gaming giant officially announced Super Nintendo World, a collection of Nintendo-themed attractions that will bring the larger-than-life world of Mario from the screen into reality.

The teaser image, which is very clearly an artists rendering of what the finished park might look like when it’s packed with Nintend0-crazed visitors, seems like a Mario fan’s dream come true. There’s roaming mascots like Peach and Toad, seemingly full-sized replicas of both Peach’s castle and Bowser’s menacing lair, and a whole bunch of colorful Yoshis running around in the background.

#SUPERNINTENDOWORLD featuring attractions based on many Nintendo titles is coming to Universal Studios Japan! pic.twitter.com/NcmxK0GAZ6

It’s clear that the idea is to create a life-sized version the iconic Mario world that fans have been virtually exploring for decades now, but there aren’t any actual “rides” to be seen, yet. That being said, if the final product looks anything like the teaser image, it’s going to be a pretty awesome place to visit.

Speaking of visiting, if you want to be one of the first to experience Super Nintendo World you’ll need to grab a plane ticket to Japan, as Mario’s home country will be the first to get a taste. Universal Studios Japan will debut the attraction, with further Nintendo-themed worlds planned for other Universal Studios location in the United States in the coming years. Super Nintendo World is expected to open its doors by 2020.