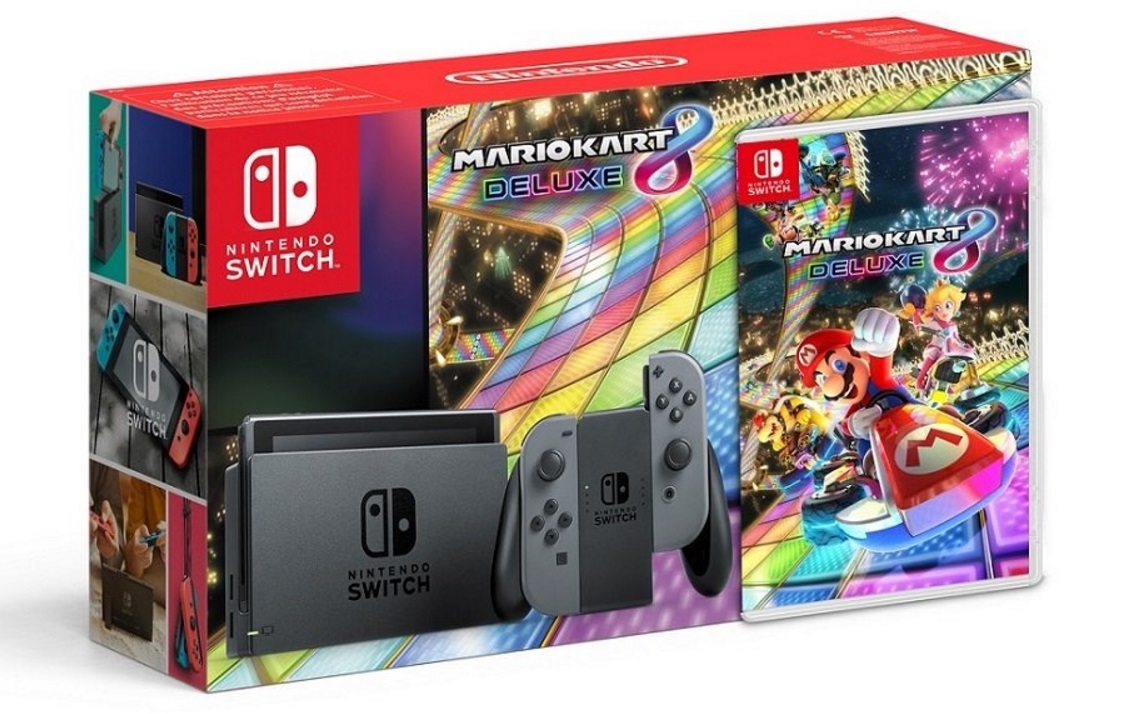 If you’ve been holding out on buying a Nintendo Switch until there are more games available for it, you won’t have to wait much longer. On Wednesday, a Nintendo Switch bundle featuring Mario Kart 8 Deluxe went up for preorder on Nintendo’s official Russian store, possibly spoiling an announcement that we expect the company to make during its live streamed Nintendo Direct presentation this afternoon.

The bundle was first spotted by Lord_Daenar of the Nintendo Switch subreddit. Moderators were able to verify the legitimacy of the bundle almost immediately, and one user even snapped a screenshot of the store page featuring the bundles (one with gray Joy-Con controllers, the other with neon). Unless you use a VPN or a proxy, there’s no way to access the Russian store, but the bundles are still live at the time of writing.

While a bundle featuring the most anticipated unreleased Switch game would seemingly be a no-brainer, we haven’t been able to verify that mir.nintendo.ru is actually connected to Nintendo’s official Russian site. As a few Redditors have pointed out, this could simply be a mockup from a retailer that plans to sell its own Switch bundle with Mario Kart 8 Deluxe when the game launches later this month.

As for pricing, the site lists the bundle for 24,999 RUB, which translates to about $440 USD. To put that into perspective the standard Switch console sells for 22,499 RUB (~$400 USD), so those who were planning on buying a copy of Mario Kart 8 Deluxe with a Switch anyway might save a few dollars.

For now, we’re going to have to take this leak with a grain of salt, but we’ll be looking out for an announcement when the Nintendo Direct live stream kicks off at 6 PM ET on Wednesday night. Nintendo has said that the Direct will mainly focus on Splatoon 2 and ARMS, but other games should be featured as well.