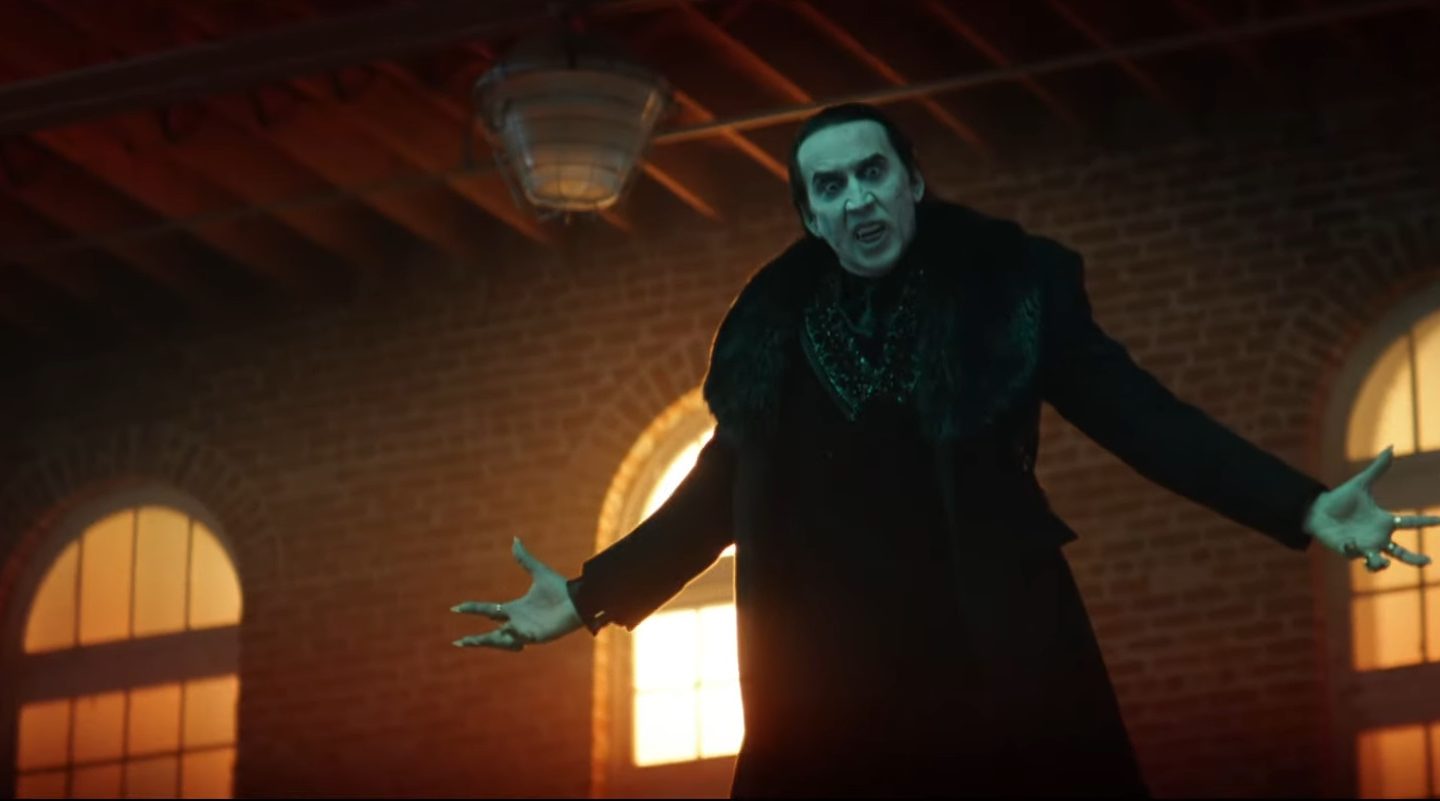 Fresh off of lampooning himself in The Unbearable Weight of Massive Talent, Nicolas Cage has found an even wilder role. Cage is Dracula in the new horror-comedy movie Renfield, which stars Nicholas Hoult (Mad Max: Fury Road) as the Transylvanian vampire’s assistant as he attempts to disentangle himself from his overbearing boss and lead his own life.

Renfield is based on a pitch by comic book writer Robert Kirkman, best known for creating The Walking Dead. Universal Pictures gave up on its ill-fated Dark Universe after 2017’s The Mummy bombed, but the studio still owns the movie rights to all of the characters. This opened the door to individual stories outside of a cinematic universe, which is how Renfield came to be.

You can watch the official trailer for Renfield below to see vampire Cage in action:

“In this modern monster tale of Dracula’s loyal servant,” reads the synopsis, “Nicholas Hoult stars as Renfield, the tortured aide to history’s most narcissistic boss, Dracula (Oscar winner Nicolas Cage). Renfield is forced to procure his master’s prey and do his every bidding, no matter how debased. But now, after centuries of servitude, Renfield is ready to see if there’s a life outside the shadow of The Prince of Darkness. If only he can figure out how to end his codependency.”

Based on the trailer, it’s clear the tone of Renfield doesn’t match up with The Mummy or The Invisible Man. Instead, Universal Pictures seems to be going for a blockbuster action-comedy more in line with Shaun of the Dead or Zombieland. That’s a hard needle to thread, but it looks like McKay and the cast might be up to the task with Renfield, which hits theaters on April 14.