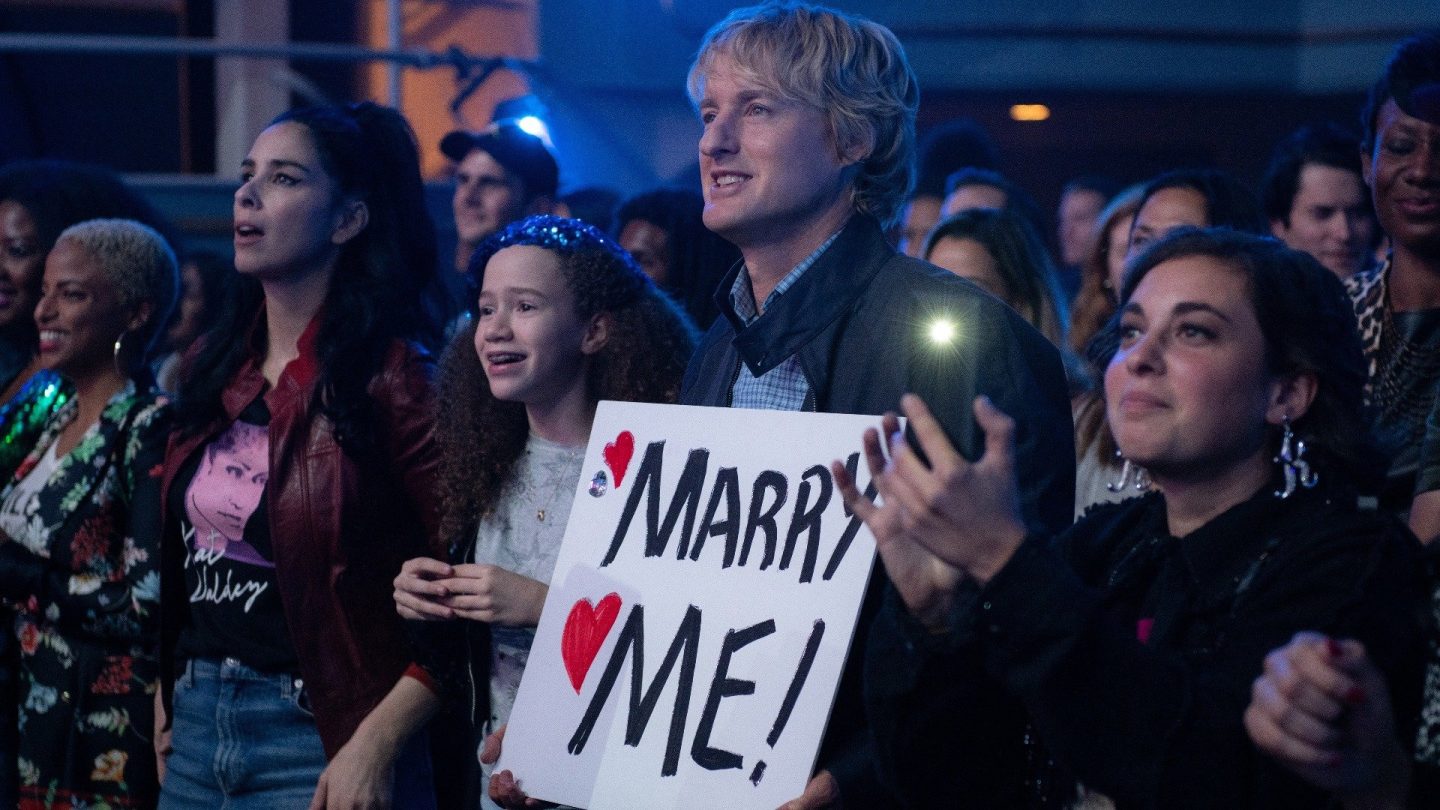 Comedy movies are always a great option whether you’re watching with friends or family.

We’ve put together this list of the best comedy movies in 2022 that will give you that much-needed serotonin boost. From kid-friendly capers to risqué romcoms, we have something for everyone. Some of these you can stream from the comfort of your home. Others are upcoming movies to be released in theaters.

We know comedy is subjective. Still, you’re guaranteed to find something that will have you bursting with laughter on our list.

The Unbearable Weight of Massive Talent

This action comedy, directed by Tom Gormican, stars Nicholas Cage playing himself, Nic Cage. The struggling Nic Cage accepts a one million dollar offer from a superfan (Pedro Pascal) to attend his birthday party. Shortly after, he gets recruited by CIA agent Vivian to spy on this fan, who turns out to be a mob boss. This results in several adventures, including drug trafficking and getting cast in a Quentin Tarantino movie.

Nicholas Cage’s excellent performance in the highly comedic The Unbearable Weight of Massive Talent feels like a comeback.

Kat Valdez’s (Lopez) world comes crashing down as she finds out about her fiance’s infidelity just seconds before she says her vows. After her meltdown in front of their audience, she takes a split-second decision to marry a stranger in the crowd. This random decision surprisingly spirals into a budding romance.

Twenty-nine years after someone last lit a black flame candle, the Sanderson sisters are back and thirsty for revenge. Hocus Pocus 2 focuses on three high-school students trying to stop the ravenous witches from wreaking a new kind of havoc on Salem. It’s a race against time as they try to stop them before dawn on All Hallow’s Eve.

Made in the same vein as the film, Who Framed Roger Rabbit, this movie is a masterful cocktail of CGI, 2D animation, and live action. Chipmunks Chip and Dale are reunited 30 years after their TV show ended in search of their missing friend.

Everything Everywhere All at Once

Following an inexplicable interdimensional rupture, Evelyn Wang finds that she now has powers. She is forced to channel her newfound powers to fight an evil entity that threatens to destroy the multiverse. The movie is by the same directors that made Swiss Army Man.

I Want You Back

Peter (Charlie Day) and Emma (Jenny Slate), two strangers, bond over an unlikely subject. They’ve both been dumped by their partners on the same weekend. They team up on a mission to destroy their former partners’ new relationships. I Want You Back is undoubtedly one of the best comedies released this year.

After settling in Green Hills, Sonic is eager for a challenge. He convinces Tom and Maddie to leave him home while they go on vacation. Shortly after their departure, Dr. Robotnik shows up. He teams up with Knuckles in search of a powerful emerald that can build and destroy entire civilizations. Sonic teams up with his friend Miles “Tails” Prower to find the emerald before Dr. Robotnik gets to it. Sonic 2 is chock-full of slapstick humor and tongue-in-cheek jokes despite the seriousness of the adventure.

13-year-old Meilin is going through the changes expected with adolescence. She transforms into a giant red panda anytime she gets excited. Which happens more often than not. A delightful family film on Disney Plus, Turning Red is one of the best films of the year.

Army Ranger Briggs and Lulu (a Belgian Malinois dog) team up to attend a fellow soldier’s funeral on a road trip. Briggs (Channing Tatum) must learn to tolerate Lulu’s destructive tendencies. The duo gets into many humorous scrapes during their journey down the Pacific Coast.

Based on Aaron Blabey’s bestselling illustrated book series of the same name, The Bad Guys centers on classic fairytale villains. After many successful heists, the crew of villains finally gets caught. They’re forced to complete their hardest job yet, ‘going good,’ to avoid a prison sentence. This colorful animated movie will make an excellent watch for the entire family.

The Man from Toronto

An unsuccessful fitness entrepreneur is forced to team up with the world’s deadliest assassin due to a case of mistaken identity. Played by Kevin Hart and Woody Harrelson, respectively, The Man from Toronto is a genuinely comedic watch. This buddy comedy follows the duo’s adventures as they try to figure out this situation. While on the run from other assassins and FBI agents.

Novelist Loretta Sage (Bullock) gets kidnapped by a billionaire (Radcliffe) who wants an ancient city’s lost treasure from her latest story. Together, with the model in her romance novel covers, (Tatum), they must try to escape the billionaire’s grasp. This film grossed over $100 million at the US box office.

Based on the Fox series of the same name, this feature film is the Belcher family’s debut on the big screen. The debut was on Memorial Day this year. Bob’s Burgers follows the adventures of the Belcher family as they navigate the difficulties of running a burger business. The Bob’s Burgers Movie follows the family’s financial troubles amidst a sinkhole opening up in front of the shop. Like the series, this family drama is guaranteed to leave you with fits of laughter.

This MCU movie follows the adventures of Thor, King Valkyrie, Korg, and Jane Foster as they try to stop Gorr the God Butcher’s rampage. Despite the somewhat tragic themes, you’re bound to have lots of laughs watching this. It is directed by Taika Waititi, who helmed Thor: Ragnarok.

Minions: Rise of Gru shows Gru’s beginnings in becoming a supervillain. Gru’s loyal allies, the minions, will go to any length to make his wishes come to life. The prequel has been one of the highest-grossing films of the year.

A 37-year-old woman (Rebel Wilson) returns to her high school after 20 years of being in a coma. The former cheerleader sets out to reclaim her star status and become prom queen. This hilarious movie is one of the top comedy films of 2022.

Fire Island centers on a group of best friends on a week-long summer vacation on Fire Island. The group’s adventures are inspired by the book Pride and Prejudice by the famous author, Jane Austen. This hilarious romcom is an insightful examination of queerness and romance across different cultures.

Set in 2050 and directed by Jean-Pierre Jeunet, BigBug centers on a group of discordant neighbors stuck indoors together. Their indoor robots have locked them in to protect them from the android uprising outside.

22-year-old fresh college graduate and bar mitzvah party host Andrew (Raiff) feels lost. This all changes when he befriends a young mom, Domino (Johnson), and her autistic daughter, Lola (Burghardt). This is available to stream on Apple TV Plus.

Jackass Forever is the fourth mainline film in the franchise – Jackass, which is over two decades old. Aided by an exciting new cast, the original Jackass crew serve us a steaming round of dangerous comedic displays.

What is the most trending movie in 2022?

It’s a tough choice to name a single movie as the most trending movie in 2022. Several great movies have been released across different genres. Some of the most talked about movies this year include Thor: Love and Thunder, The Gray Man, and Prey.

Is Red Notice a comedy?

Red Notice is a popular and addictive comedy-action movie. Starring Ryan Reynolds and The Rock, the plot will leave viewers in awe.

What comedy movies are coming out soon?

Is Marry Me on Netflix?

No, Marry Me is not on Netflix. It’s also highly unlikely that the movie will be available on Netflix any time soon. The movie is only available online on the streaming platform Peacock.

Does Netflix have Dog?

No. Unfortunately, the adventure of the Belgian Malinois, Lulu, and Channing Tatum isn’t available to stream on Netflix.

This is a really tough choice to make, so instead, we’ll share a list of our favorite comedy films this year.
I Want You Back
Turning Red
The Bad Guys
Thor: Love and Thunder
Jackass Forever
The Bob’s Burgers Movie
Minions: Rise of Gru
Everything Everywhere All at Once

Are there any good comedies on Netflix?

Netflix has an impressive number of comedies that comes with good ratings. It is said that a rom-com starring Julia Roberts and George Clooney will also be released soon.

How many comedy movies are on Netflix?

There are about 646 comedy movies on Netflix as of now.