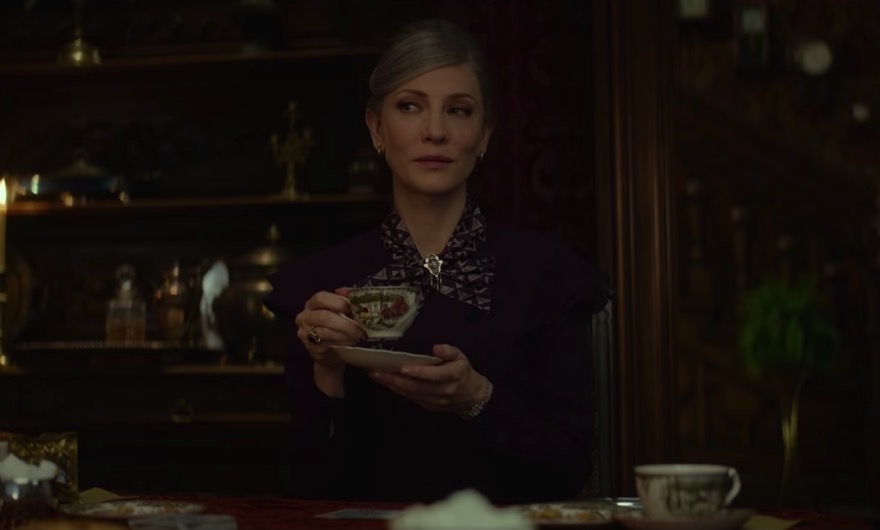 Are you ready, player one? That’s because Ready Player One arrives in cinemas on Friday, a movie that’ll give us a preview of our immediate AR/VR future. If Steven Spielberg’s new flick isn’t for you, then you might want to check out Acrimony, also opening this weekend, a film about a wife (Taraji P. Henson) is about to unleash fury on her cheating husband.

Elsewhere in the cinema universe, we’ve got a handful of new trailers for you to check out.

Ok, so this isn’t technically a new Deadpool 2 trailer. It’s just the international version of the trailers we saw last week. In other words, let’s watch it.

In First Reformed, Ethan Hawke plays a former military chaplain tormented by the death of his son while having to deal with the emergence of radicalism threats in his own church. The film will premiere on May 18th.

An Amazon Studios original, Spike Lee’s Pass Over isn’t your regular movie, which is no surprise given that it’s a Lee creation. It’s a filmed stage production about some of the harsh realities of current times. Just check out the trailer below, and you’ll understand everything — the movie launches on April 20th on Amazon Prime.

We got to see a first teaser trailer for Terminal last week, and now we have a full trailer for you. Margot Robbie, in a role that will remind us about her Suicide Squad Harley Quinn, is a strange sort of killer. The film launches in theaters and on demand on May 11th.

Alright, so here’s an idea. Teens under 18 pose a huge danger to adults, and that’s why they’re apparently hunted and imprisoned. But a group of teens decided to fight back. That’s what The Darkest Minds is all about. Spoiler. These kids are X-Men of sorts.

Opening on September 21st, The House with a Clock in its Walls is a story set in a fantasy world, where a kid and his uncle are on a journey to discover a clock in the walls that has the power of destroying the world. Yes, there’s plenty of magic in this one. Also, Cate Blanchett, and Jack Black.