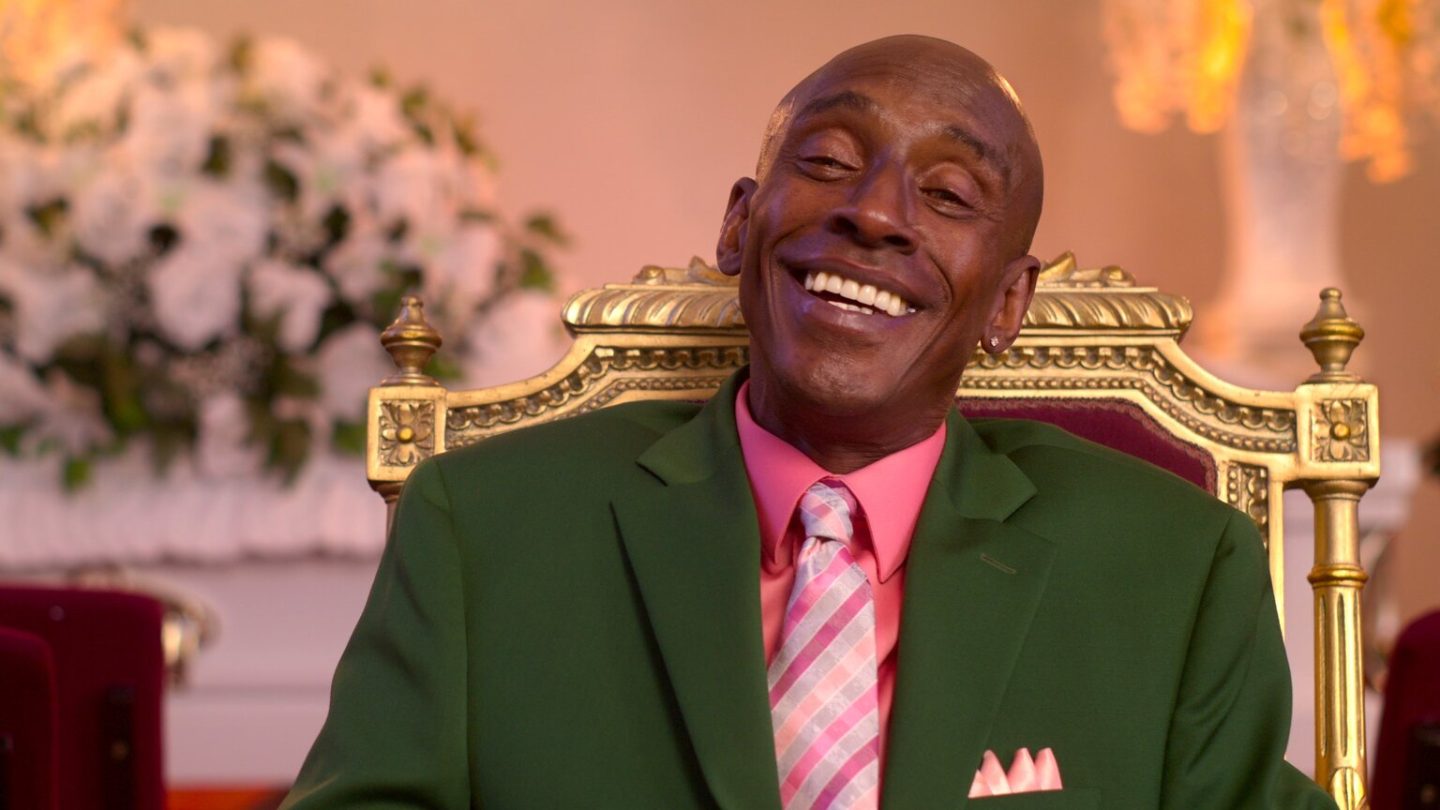 Even before this family-owned business became the subject of a new Netflix series that debuts Friday on the streamer, I was already vaguely aware of R Bernard Funeral Services. That’s because this particular funeral home operates from my hometown, here in Memphis, and moreover had already secured a degree of Internet virality for itself — yes, virality, for a funeral home! — with the release of a doozy of a TV commercial that you can check out below.

The commercial is a couple of years old at this point, but it’s unforgettable. There’s just so much going on in it, and if you squint you can already see in it the makings of a compelling streaming TV series. The spot is narrated by Memphis broadcaster Thaddeus Matthews, who’s taken to branding himself as “The cussin’ pastor.” He’s dressed like a cross between a car salesman and a defense attorney, with gaudy rings on his fingers, while behind him the funeral home is decorated in what you could describe as a kind of gold-flecked, dictator-chic style. A presumably dead body in the coffin abruptly sits up at one point during the commercial and marvels at the funeral home’s low prices. At the end of the commercial, Matthews gives out the wrong phone number for the funeral home, while the correct one is shown on the door behind him. The whole thing is a marvel. No wonder Netflix saw potential here.

You can check out that commercial here, because it will set the stage for Buried by the Bernards, an eight-episode series about the business depicted in this commercial which debuts on Netflix this Friday, February 12.

There’s been some chatter online about whether this series is scripted, and just to reiterate — no, this is a very real and very idiosyncratic slice of life in Memphis. My apartment is about 20 minutes or so from where this business operates, and without beating this to death, just trust me. These are very much the kinds of genuine, unforgettable people you meet in Memphis.

The trailer tells you everything you’d want to know about Buried by the Bernards and about the family behind the funeral home. We see the daughter aghast that they’re going to pick up a body and put it in the back of the hearse to take to the funeral home — because her Gucci purse is still back there. The whacky uncle you see dancing in the trailer, coming off like a character from Better Call Saul, who patiently explains to the daughter why you have to keep the body’s head straight, because if it’s crooked then it makes embalming a lot harder than it needs to be (it’s funnier than it sounds). The patriarch of the family in his office, flinging popcorn in the air and catching it in his mouth like he doesn’t have a care in the world. I can’t wait for this series.

From Netflix’s official description: “In 2017, Ryan Bernard opened the doors to R Bernard Funeral Services, offering complete, yet affordable funeral packages to help his community deal with exponentially high funeral costs. With family dramedy at the center, the family-owned and operated business provides their community top-tier care, service and comfort with a side of laughter in the toughest of times.

“In this line of work, the Bernards can’t neglect supporting each other and have their own special recipe for preserving their relationships — it’s one part understanding, a pinch of sarcasm, and a heaping spoonful of blatant honesty. This unorthodox funeral home is only outmatched by the unconventional Bernard family themselves.”