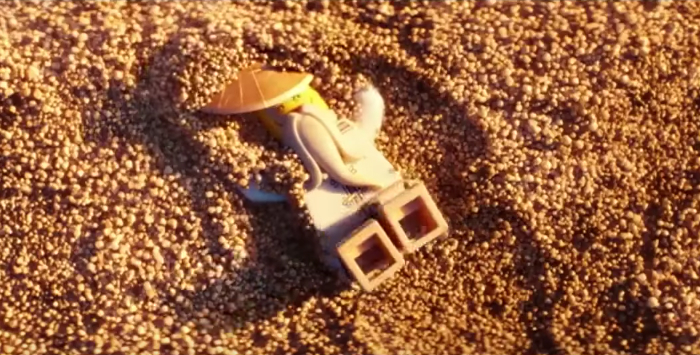 The iPhone 7 may be the biggest thing happening in tech this week, but that doesn’t mean we don’t have new movie trailers to check out. In fact, there are 11 new clips you should see, including trailers that are our first glimpse at brand-new movies.

Will Smith is a dad who loses his daughter in Collateral Beauty. He starts writing letters to objects and concepts like Death and Time. The movie opens on December 16th and has an amazing cast. Joining Smith are Keira Knightley, Kate Winslet, Helen Mirren, Naomie Harris, Edward Norton, and Michael Pena.

Free Fire launches only next year, but it’s definitely a title to jot down. We’re looking at a complicated standoff between some dangerous people. Free Fire launches at some point in 2017, though a release date isn’t available yet.

We saw the first trailer for Goat already. It’s a movie about college fraternities, but it’s not the regular comedy you expect. Instead, this is a more brutal take on frat life.

Free Fire isn’t the only movie telling mobster stories. Live by Night launches in theaters on January 13th, 2017. Ben Affleck directs and stars in this film about the Prohibition Era and organized crime in that period. Scott Eastwood, Elle Fanning, Zoe Saldana, and many others star in this one.

We already know what’s happening in this Middle School movie, so time to check out the second trailer for it. The film launches on October 7th, so no long to go.

So let me get this straight. Mr. Church is an Eddie Murphy movie that’s not a comedy? I already love his comedies — well, most of them, that is. So I’m definitely up for this drama about an unusual friendship/family. The movie launches next Friday.

Did anybody ask about new horror movies? Plenty of them are coming soon, with Ouija: Origin of Evil coming out on October 21st. Here’s the second trailer for this scary movie.

It’s never a bad time for a new Lego Movie, no matter how silly it sounds. Unfortunately, The Lego Ninjago Movie only comes out on September 17th, 2017, so we have more than a year of waiting. Dave Franco, Jackie Chan, Olivia Munn, Justin Theroux, Michael Pena, and Zach Woods are some of the actors voicing the characters in this Lego movie.

Yes, we had too many Underworld movies if you ask me. But Kate Beckinsale isn’t done doing them and Blood Wars is going to be the latest in the series. The picture launches on January 6th. Check out the first trailer below.

We have no release date for USS Indianapolis: Men of Courage, but the first trailer came out earlier this week. It’s a movie inspired by real-life events of the USS Indianapolis, the ship that delivered the atomic bombs that ended World War 2.