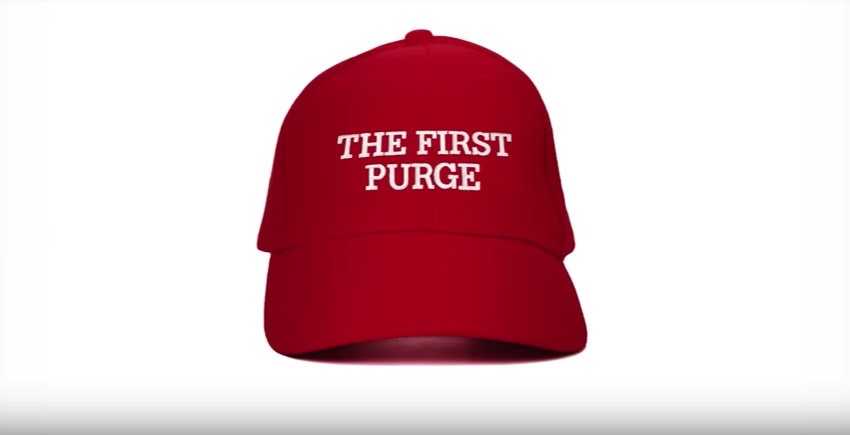 That said, we’ve got a great stash of fresh trailers for you that studios put out this week, so let’s check those out while we wait.

We already talked about Ant-Man and the Wasp earlier this week. It’s a movie I’m personally excited for, considering how entertaining the first episode was.

Disobedience is a story about a forbidden love in a community dominated by strong religious beliefs. Rachel McAdams and Rachel Weisz are playing two women who have been in love with each other all their lives, and they finally get a chance to rekindle this forbidden passion. The movie launches on March 27th.

Dundee: The Son of a Legend Returns Home

It still doesn’t look like a real movie, but we’ve got one more fake trailer to show you for Dundee: The Son of a Legend Returns Home. UPDATE: We now know it’s a Tourism Australia ad.

Game Night also stars Rachel McAdams, among many others, and it’s a movie about board game between friends. With a twist. You see, this group of friends is going to have to solve a murder mystery on their next game night.

If you think the trailer for Hereditary is rather creepy, that’s because we’re looking at a new horror/mystery movie. We’ve got a family who losses the mom, an event that sparks an unusual chain of terrifying events. The film hits theaters on June 8th, starring Toni Collette, Gabriel Byrne, Alex Wolff, and Milly Shapiro.

Oh boy, here comes the first teaser for the next Mission: Impossible film, Fallout, set to premiere on July 27th. There’s not much to see in it, but at least we have a release date for Tom Cruise’s next impossible action flick. Rebecca Ferguson, Vanessa Kirby, Henry Cavill, Simon Pegg, and Angela Bassett also star in this one.

What if, instead of partying like regular people on New Year’s Eve, you’d kick off a strange series of events that involve murder, only to discover that your significant other isn’t who you thought it was? That’s what Midnighters is all about. The movie will launch in theaters and on demand on March 2nd.

Mute is a Netflix movie set to launch on February 23rd, starring Alexander Skarsgard, Paul Rudd, and Justin Theroux. It’s about a mute bartender who’s going to go after gangsters to find out what happened to his missing partner.

The plot for Skyscraper is still under wraps, but the movie is described as a hostage-action-thriller type of flick, and it’s all set in China. It stars Dwayne Johnson, Pablo Schreiber, and Neve Campbell. So… The Commuter, but inside a huge building?

Submergence is a love story between a woman (Alicia Vikander), who’s exploring oceans in a submersible, and a man (James McAvoy), who’s locked in a room without windows by jihadist fighters. They’re both trapped, and they’re both thinking of how their romance started the previous Christmas.

I’ll say from the start that I’m not a fan of the Purge films, and haven’t seen any of them. But I got to tell you how brilliant the red cap marketing trick is. Just check out the trailer below, for the horror movie that should explain how the purge phenomenon started. In theaters, July 4th:

Adam Sandler, Steve Buscemi, Chris Rock, are three good-enough reasons to want to watch The Week Of. Then again, there’s Adam Sandler in it. At least it’s on Netflix, so you don’t have to get out of the house to watch it.

Claire Foy stars in Unsane, which happens to be Steven Soderbergh’s first movie that was shot entirely on an iPhone. In theaters on March 23rd, it’s a story about a woman who thinks she’s stalked by someone, only to be forcefully admitted to a mental institution. Are her fears real?

When We First Met

When We First Met is the third trailer on our list today for a movie that will premiere on Netflix this year — just think about that for a second. The comedy launches on February 9th, a story about a regular guy in love with a girl. Unfortunately, he’s been friend-zoned from the start, so he has to keep traveling back in time to fix it.