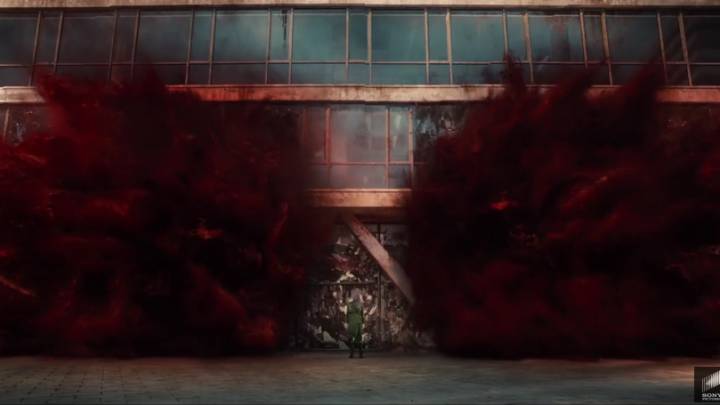 Captain America: Civil War is the must-see movie right now. Seriously, it’s so much better than Batman v. Superman that you should treat yourself and see it in a theater rather than wait for it to hit Blu-ray and digital download. But regardless of which new film you’re planning to see this weekend, feel free to take your time and buy some popcorn because you won’t need to catch the coming attractions — we’ve got all the best trailers from this past week right here!

We talked about this video game-inspired movie earlier this week. Michael Fassbender and Marion Cotillard star in what should be an exciting story for both fans of the franchise and non-gamers alike.

Put me down for Café Society, Woody Allen’s next movie made for Amazon. We’ve got a stellar cast for this Allen flick including Kristen Stewart, Jesse Eisenberg, Blake Lively and Steve Carell. The movie comes out on July 15th, and it’s about making movies in the 1930s.

Chris Pine, Ben Foster and Jeff Bridges star in this bank heist story. I don’t know about you, but come Hell or High Water, I’ll see this movie this summer.

Tom Hanks is back for a new Dan Brown book. You’ve guessed it; Robert Langdon is the name of the main character in Inferno, a smart professor who’s got a keen eye for symbolism and a knack for finding trouble.

This one will be a bit freaky. Nerve is a truth or dare kind of mobile app but without the truth part. You either do the deeds or watch others jump on all sorts of daring challenges. You’re rewarded with cash for each completed task, but things can quickly go wrong. Emma Roberts and Dave Franco star in this movie, which premieres on July 27th

If chess is your game then you’ll want to see this story. It’s about a young girl from Africa who’s looking to become a world-class chess champion. Queen of Katwe opens on September 23rd, featuring Lupita Nyong’o – yes, the actress who plays Maz Kanata in Star Wars – and David Oyelowo.

Remember Swiss Army Man, the movie in which Daniel Radcliffe plays a dead guy? We’ve got a fresh trailer for it:

In The Accountant, Ben Affleck is a brilliant but disturbed accountant who’s so gifted with numbers that he quickly becomes the go-to guy for criminal organizations. Cooking and uncooking the various books with Affleck are Anna Kendrick, Jon Bernthal, J.K. Simmons and John Lithgow. The movie comes out October 14th.

A movie about baseball, The Phenom looks at the psychology behind becoming a successful ball player. Starring Ethan Hawke and Paul Giamatti, the picture debuts June 24th.

The Woods is a horror story, and that’s about everything some people need to know to look forward to seeing it. In theaters September 16th, The Woods might be one of the scariest movies ever made if the trailer is any indication.