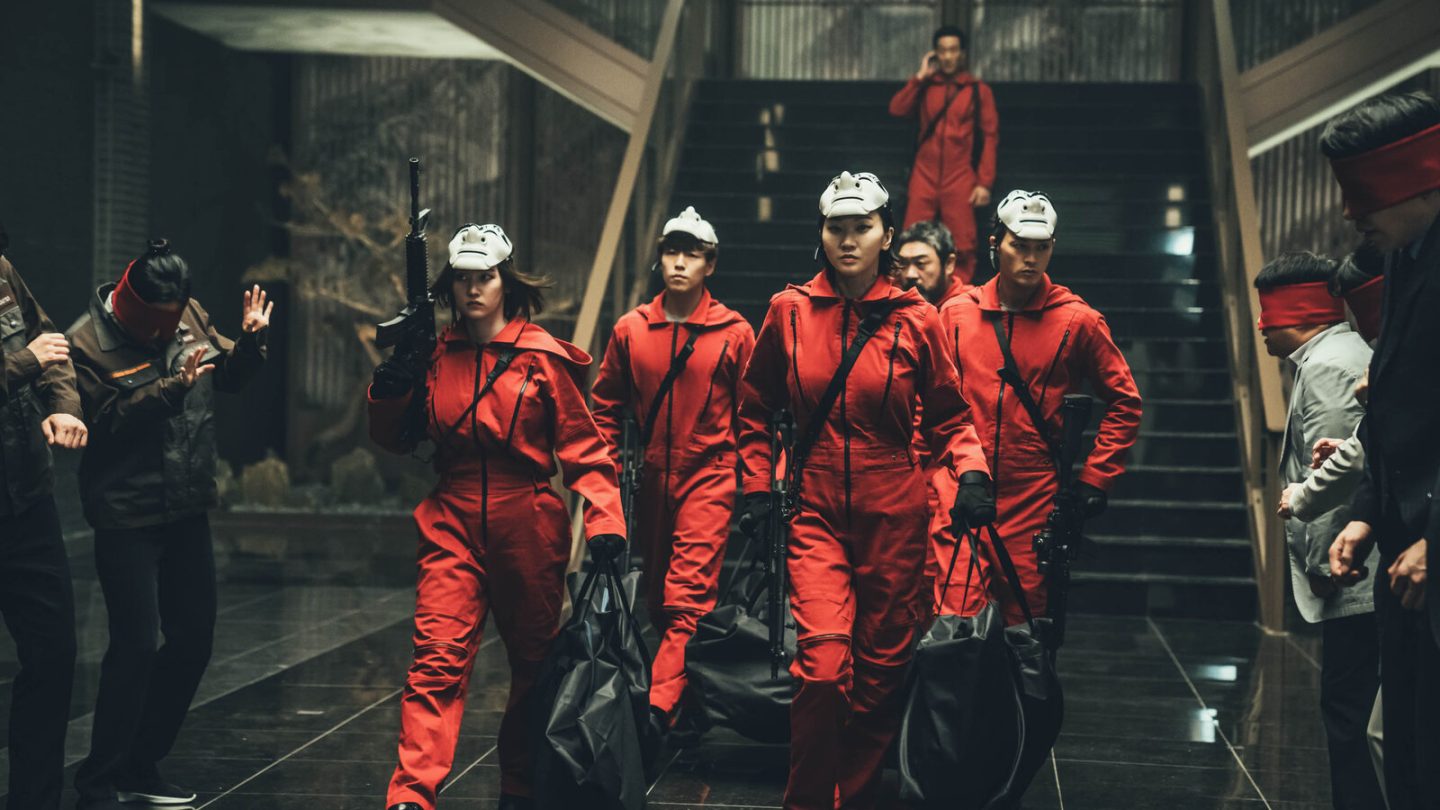 For the second week in a row, the Korean-language Money Heist remake that debuted on Netflix on June 24 has been one of the service’s top series worldwide. In fact, Money Heist: Korea is the #1 non-English language series on Netflix once again this week.

That’s according to the Netflix Top 10 lists that the streamer publishes every Tuesday, and which track the top-performing content on the service around the globe. For the 7-day period that ended on July 3? Money Heist: Korea beat out all other comers on the non-English TV show ranking, notching 49 million hours viewed this week. And that’s an increase over the show’s debut appearance on the chart last week, when it garnered 33.7 million hours viewed.

If you’ve checked the show out by now — or if you watched the Spanish-language original — you already know the plot. The short version, for those unaware: Money Heist: Korea tells the story of an imagined future Korean reunification, one which also calls for a new unified currency. As a kind of testbed city, to showcase both countries what’s possible, a “Joint Economy Area” has been set up between them. There, capitalism is in its full flower, and that area is also home to the mint that will print the new currency.

That’s also where X marks the spot for the show’s band of hackers — led, as in the original, by a brilliant “Professor” — who don’t plan to “steal” money from anyone as opposed to simply printing their loot.

As Netflix shares, in its tease for Money Heist: Korea:

A heist without limits in a country without borders.

One crime can change the world.

Witness the crime of the century unfold.”

“Only the rich got richer”

The dynamic that the show sets up is imaginary, but there’s also a social commentary embedded inside the larger narrative. It includes North Koreans doing menial jobs in the unified country, for example, and the already-well-off only continuing to get more so post-reunification. This was all supposed to usher in a bright new dawn for the peninsula, the character of “Tokyo” explains at one point. Instead? “Only the rich got richer.”

Thus, the Professor — and the plan he hatched.

Many of the elements that made the original such a global hit for Netflix are present once again in Money Heist: Korea. From the stylish red jumpsuits and white face masks, to the usage of cities in place of character names — and the aforementioned professor in his high-tech lair, pulling all the strings.

The show currently has an 85 percent critics score on Rotten Tomatoes. It doesn’t have the same lustiness of the original — but with just 6 episodes, each with a runtime of a little more than an hour, this action-packed series is nevertheless a fun, breezy binge for fans of Korean drama.