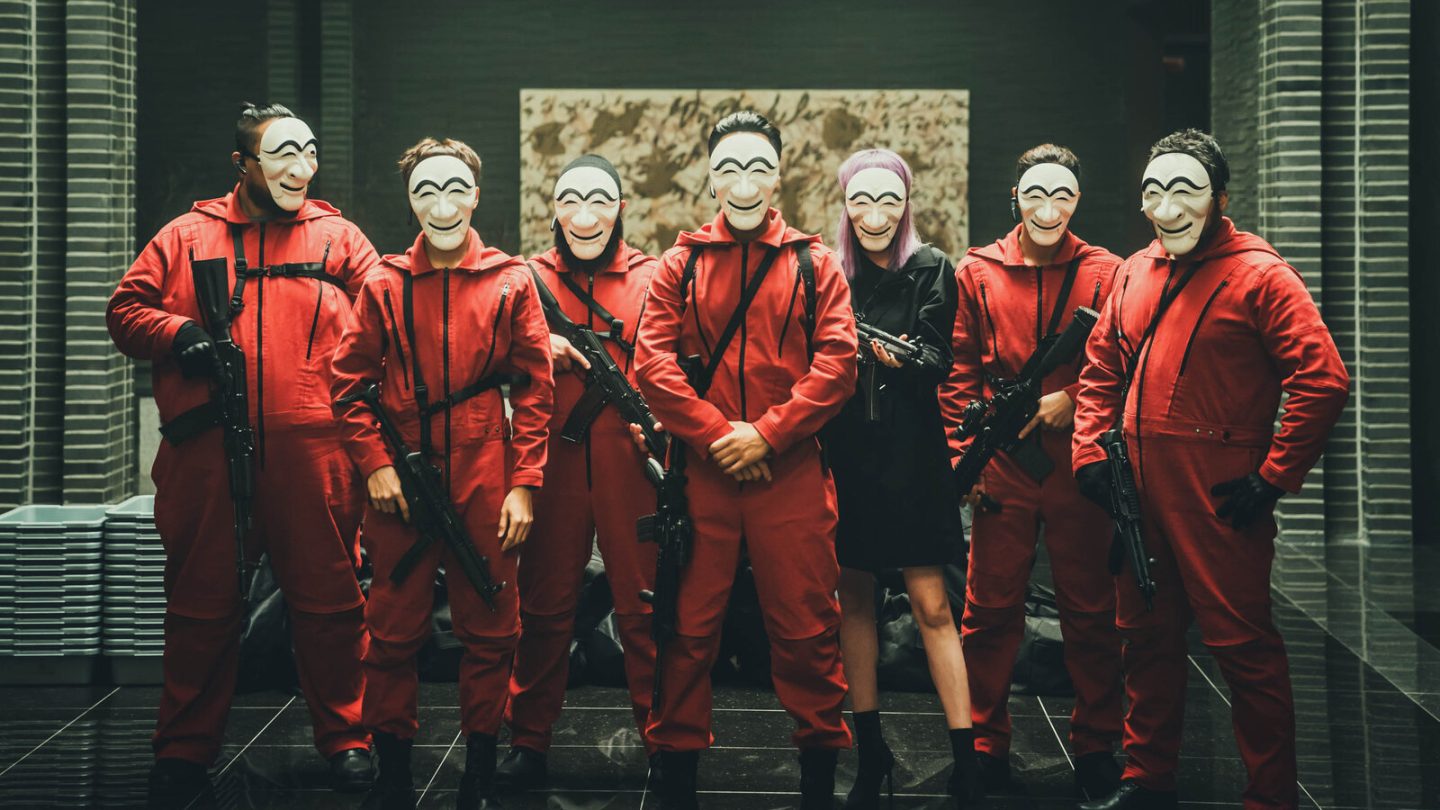 The biggest band in the world right now is Korean. Some of the biggest TV shows in the world, like Netflix’s Squid Game, are likewise Korean — and, in the opening moments of Netflix’s newly released Money Heist: Korea, these tidal waves of Korean pop culture intersect in such a way as to immediately distinguish this reimagining of Money Heist from its Spanish-language predecessor and to ground it in the here and now.

The show opens by introducing us to an enthusiastic, headphone-wearing member of ARMY, the name of the fandom associated with K-pop group BTS. This particular fan is a North Korean university student shown dancing to DNA, the lead single from BTS’ 2017 release Love Yourself: Her. She goes on to confess how much she loves K-pop and K-dramas (which, incidentally, Netflix has been as responsible as any service for popularizing around the globe).

What sets this member of BTS’ ARMY apart from other fans around the world, however, is that she has to enjoy the group’s music in secret. Also, this member of the BTS ARMY from Pyongyang’s Kim Il-Sung University goes on to join an actual army (the DPRK’s). And, eventually, she falls in with a group of thieves planning the mother of all heists.

Is Money Heist: Korea a remake?

We quickly come to learn that she’s one of the central figures in Money Heist: Korea. A show, by the way, that will feel immediately familiar to anyone who watched the original from a Spanish production team that eventually catapulted itself to the vanguard of Netflix’s global release slate.

Here, again, a motley crew of have-nots and rejects assembles under the auspices of a brilliant Professor. During the actual heist itself, the crew wears red track suits instantly recognizable to fans of the original show. They also wear white face masks that are similar to but not copies of the Salvador Dali masks worn in the Spanish original.

However, things veer off in an all-new narrative direction pretty much right away.

Netflix dusts off one of its greatest hits

For one thing, events take place in an imaginary future wherein North and South Korea have agreed on reunification. A so-called “joint economic area” has been established on the border between both countries, which looks like a capitalist paradise. It’s sort of a “practice city,” meant to show everyone what’s possible in the reunified country. And it’s here where a mint operates that will print a new currency for the nation.

Beneath the surface, though, the reality isn’t quite so rosy.

The rich, as we’re told more than once in Money Heist: Korea, are the ones who got richer. The show grapples with issues of class, immigration, and social stratification that very much resemble their real-world counterparts. And it’s against that backdrop that The Professor and his crew set out to execute a daring crime.

They’re not stealing money from anyone, though. At least, not as such. If you’ve seen the original, you already know where this is going. Their plan is to break into the mint and simply print a staggering amount of money, instead.

That’s easier said than done, though. But enough Netflix subscribers have already been intrigued enough to see what the thieves here are capable of that, even though the show has only been available on the streamer for just four days, it’s already a Top 10 Netflix release in the US. Money Heist: Korea will also almost certainly be a top release this week when Netflix releases its new data on the latest Top 10 titles from around the world.