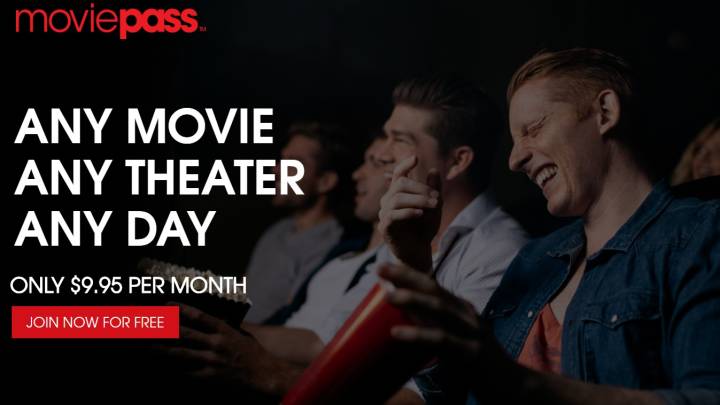 One of the most intriguing subscription services in the U.S. just became even more enticing. On Tuesday, MoviePass lowered its monthly subscription fee to $9.95, allowing subscribers to see one movie a day at any theater that accepts debit cards. In other words, with a subscription to MoviePass, you could see every movie released in theaters in a given month for the price of a single ticket.

MoviePass, the startup currently run by former Netflix executive Mitch Lowe, pays theaters the full price for every ticket purchased by a MoviePass subscriber (excluding 3D and IMAX screens). As you might expect, this could lead to massive losses for MoviePass, which is why the startup recently secured funding by selling a majority stake to Helios and Matheson Analytics, Bloomberg reports.

“MoviePass was founded to make it easier for passionate moviegoers and casual fans to see films the way they’re meant to be seen — in the theater,” said Lowe in a statement on Tuesday regarding the price change. “Our vision has always been to make the moviegoing experience more affordable and enjoyable for our subscribers. We are changing the way consumers think about going to the movies by making it possible to experience a broader array of films — from the latest summer blockbuster to a critically acclaimed documentary — through a subscription model.”

Helios and Matheson CEO Ted Farnsworth explained that the goal of the acquisition is to build a large customer base and collect data on viewing behaviors. The company could then use that data to target advertisements to customers, which Farnsworth says is “no different than Facebook or Google.”

MoviePass was founded in 2011 with a monthly subscription fee of $30, but now that the fee is lower than what it costs to buy a single movie ticket in New York City, it has the chance to blow up.