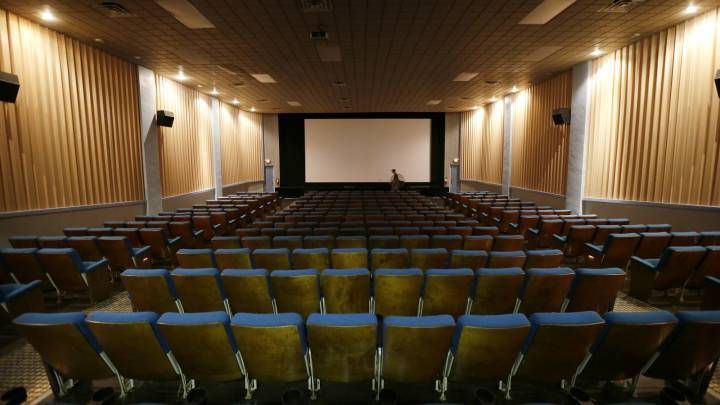 Long-term viability aside, MoviePass offers a killer deal for moviegoers who like to visit the cinema more than once a month. And yet, the company always seems to make headlines for the worst reasons, whether it’s the unlimited plan mysteriously vanishing or surge pricing is being introduced. But MoviePass subscribers finally got some good news this week when the company announced plans to add IMAX movies to its service by September.

Speaking with Business Insider, MoviePass CEO Mitch Lowe said that there will be a feature within the app by Labor Day (September 3rd) which will allow subscribers to choose IMAX and 3D movies for an extra $2-5. Currently (and since its inception), MoviePass will only provide tickets for standard 2D movies.

“Imagine you’re a customer and now you can go to what typically might be a $17 or $18 ticket for an extra $5?” Lowe explained to Business Insider. “That’s going to be extremely valuable.”

As Business Insider points out, even at $5, the additional fee would be a drop in the bucket compared to a full price 3D or IMAX ticket in a major market like New York or Los Angeles, where ticket prices often exceed $20. And keep in mind that the one-time fee is tacked on to the $10 monthly fee, so seeing two 3D movies in a month for an additional $10 would still be less than half the price a moviegoer would pay without MoviePass.

Lowe said that the bring-a-friend feature is expected to roll out around the same time as well, giving subscribers the option to buy a second ticket when selecting a movie from the app. If the friend you bring along with you happens to become a MoviePass member within 24 hours of the showing, you will receive a refund for the full price of the ticket on MoviePass. If the company is going to stay afloat, it needs more members.

Finally, Lowe also revealed that subscribers will be able to waive one Peak Pricing fee every month.

“Our whole mission is to reenergize the occasional moviegoer, those people who were only going four or five times a year, now they are going nine, 10, 12 times a year with MoviePass,” he said. “They will likely not have a surge pricing because every customer gets one free pass a month. If you go once a month, you won’t pay a surge price. It’s only if you go more than once and you happen to go to a film that may be within surge pricing on a given weekend. So if you see a movie on a Tuesday, the same film that on a Friday may be under peak pricing, you won’t have that charge.”