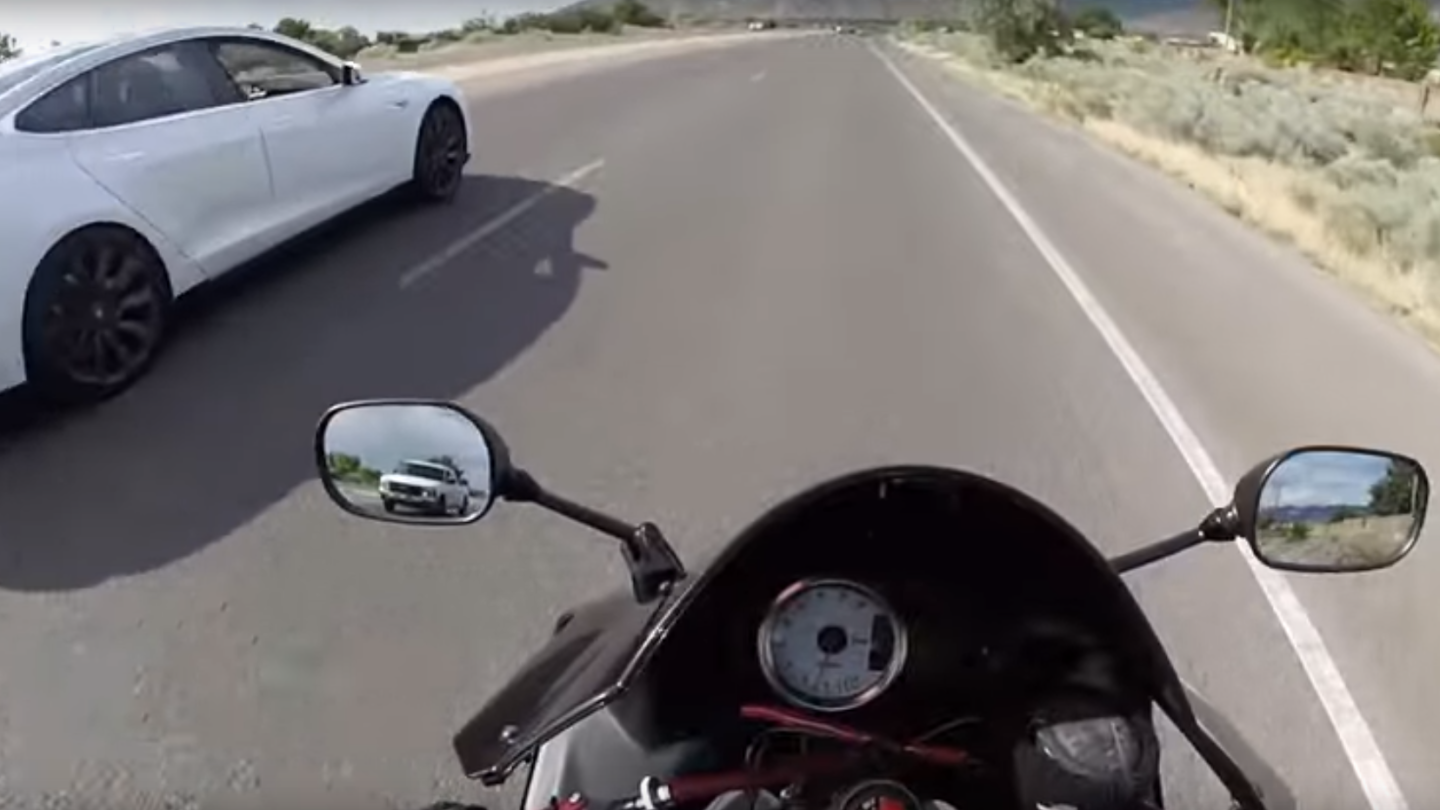 Look, street racing of any kind is a dumb thing to do. But when you’re a Tesla owner showing a crotch rocket rider who’s boss, I’ll give you a pass.

The video comes from the owner of the BreakingMoto channel, who’s a motorcycle rider. He saw a Tesla Model S driver while out riding his Kawasaki ZX6R, and challenged him to a friendly drag race.

Unfortunately for the rider, his bike (or his riding skills — he’s not so handy with a clutch) were no match for the Tesla. They had a couple races, but the Tesla handily beats the bike from a rolling start every time.

It’s a surprisingly well-mannered encounter. Normally, when I find a video with an unplanned meetup between bikes and cars, someone ends up getting punched in the face, run over, or both. In this case, there’s just some mildly dangerous driving (I think I saw 120mph there for a bit?) and some friendly chat about who has the nicer automobile.